Vehicle cybersecurity in a connected world

What is the cybersecurity threat?

Today’s cars and trucks have seen an explosion in the number of electronic control units, and the lines of software code is expected to triple by 2030 to 300 million. This provides an abundance of complex software code and the increasing vehicle architecture and digitisation generates ample opportunity for cyberattacks.

The increasing prevalence and scope of cyberattacks and the looming threat they pose to fleets of vehicles is why Geotab has prioritised cybersecurity in all of its offerings.

The cybersecurity threat is no longer just a theoretical possibility – it’s now a hard reality.

Two recent examples in the United States, the Colonial Pipeline shutdown and the Solarwinds cyber attack show just how real cybercrime and cyberterrorism is. In the former, hackers were able to take over and shut down a major U.S. pipeline, creating shortages of fuel throughout the east coast and deep south. The Solarwinds cyber attack was even more insidious. Hackers attacked an IT firm and were able to spy on numerous U.S. companies and government agencies for months without detection.

Closer to home, UnitingCare Queensland was the victim of a cyber attack in April 2021 claimed by a notorious ransom gang, where it is suspected hospital patient data was threatened with destruction or publishing unless the victim paid a ransom.

And this threat is just as real for today’s internet-capable and connected vehicles.

What are the emerging cybersecurity threats?

There are three emerging ways that hackers or others could compromise a fleet operation that operates modern, connected vehicles, including:

What makes the threat of vehicle-based cybercrimes even more insidious is that there is no single point of entry for hackers to gain access to a vehicle.

A quick internet search will reveal scores of successful, but so far benign hacks against many of the world’s major automotive brands using a number of these entry points. What these online examples are in fact is a proof of concept--hacking a vehicle is a real possibility.

How to increase the security of your fleet data

The hacking of a fleet, which could result in a fleet being shut down or compromised for a ransom, can be catastrophic. While manufacturers adopt international standards into their vehicle electrical architecture, a determined hacker will find a way to exploit gaps in security. Vehicle design is evolving, and was not previously a more mature security. That is why third-party oversight is critical to detect unusual behavior.

Therefore, whether you are a small business owner or a large fleet, it is critical to develop a unified and comprehensive cybersecurity plan across all makes and models of vehicles to prevent unauthorised third-party access.

The first steps to building your fleet cybersecurity plan is to understand:

Geotab takes a meticulous approach to cyber and data security, and we continue to take extreme effort to secure the connection between the vehicle and the user interface. Our approach can be likened to physical door locks that keep the vehicle’s contents and the driver and passengers secure and private from outside threats. Our telematics security restricts access to the vehicle and driver’s data collected and stored in the devices, preventing unauthorised access to the end-to-end telematics solution.

Broadly, this is how Geotab keeps vehicle data secured. The Geotab GO device collects the data and encrypts it according to Federal Information Processing Standards (FIPS), a set of security standards developed by the U.S. government that are widely used by both government agencies and, voluntarily, by private organisations, becoming the becomes first telematics company to achieve FIPS 140-2 validation for its telematics device.

Once the data is sent to a secured, cloud-based solution, then it can be accessed through the use of logins using two factor authentication. Access is role-based, and must be assigned by a trusted administrator. Think of it as double or triple locking the door to your car — that’s the level of security you can expect on a day-to-day basis from Geotab’s solution.

From there, we go another step further. Geotab’s internal audit team is a dedicated and committed resource to monitor the risks and audit all the security controls to ensure the effectiveness of the controls. These additional security controls highlight the maturity of Geotab’s data security protocols and the importance we place on it.

Perhaps most importantly for the security of our clients including many US federal government client fleets, Geotab has become fully FedRAMP authorised, meeting the most stringent security requirements set forth by the U.S. Federal Government. This involves a daunting, multi-year process, and requires annual audits following certification. Because Geotab operates in over 130 countries, we see security in a global context and comply with all regional policies such as ISO 27001, and local privacy policies, such as CCPA and GDPR.

“Geotab’s unwavering commitment to rigorous organisational data security measures is reflected in the achievement of our FedRAMP ATO,” said Geotab CSO, Alan Cawse. “We are proud to provide businesses with a best-in-class telematics offering while ensuring the security, privacy and integrity of our customers over the long term.”

While we have gone to great lengths to help secure the connection between the vehicle and the user interface, our commitment hasn’t ended at our own walls or for our own clients. We see this as a threat to the transportation ecosystem as a whole and, because of that, we’re collaborating with industry stakeholders including SAE, IEEE, Auto-ISAC, OEMs, universities, and government regulators to share best practices developed with our customers and competitors to advance connected vehicle security.

Geotab also collaborates with the United States Department of Transportation, the Department of Homeland Security, the GENIVI Alliance and others on an ongoing basis to develop and refine cybersecurity standards for telematics.

As with any fleet initiative, cybersecurity isn’t a one-and-done task but an ongoing process that must be vigilantly monitored.

With our commitment to fleet data security, including adhering to FIPS protocols, support for multi-factor authentication, and permissions-based access backed by FedRAMP certification, Geotab has developed a cybersecurity profile that is strong, mature, and ever-evolving.

Having a unified approach to cybersecurity throughout the organisation, including protecting data that can be accessed from the vehicle, will protect your entire business. Leaving any part of your organisation vulnerable is an open invitation to cybercriminals and terrorists looking to steal your data, cause harm, and hurt your bottom line. With Geotab, you can effectively triple lock your vehicle’s data and keep it protected. 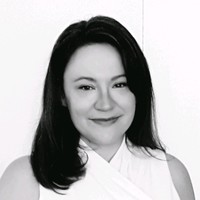 Corinda Ouellet is a Marketing Manager, Segment at Geotab.

Learn about Geotab's Extendable Services, how it works and why customers can benefit from it

What is a fleet management dashboard?

Learn the difference between fleet dashboard and email reports.

How to improve your fleet’s fuel economy

Discover how telematics can help improve your fleet’s fuel economy and pave the way to a greener fleet.