Climate change mitigation – what could be a better reason for data processing?

Published on February 11, 2022 in Sustainability by Laura Schleicher |  4 minute read

Telematics and its data-driven capabilities can be used as a 'needle-moving' tool in the fight against climate change in the transport sector. However, rigid data privacy constraints can easily stop new initiatives in their tracks; saying 'no' just seems easier.

The pressing problems of our time, however, require that we make the effort to understand the true potential of digital technologies, work constructively to find solutions that meaningfully respect privacy and devise plans that deploy technology effectively and responsibly. Although this work is more difficult than saying 'no' from the outset, it is much needed if we are to harness data for good.

This is probably not the first time you’re hearing about the General Data Protection Regulation (GDPR) and you may also know that GDPR is a powerful tool for the harmonisation of privacy protection. And post Brexit, it has been retained in domestic law as the UK GDPR. The regulation codifies, harmonises and clarifies European privacy laws and is considered as a model in other jurisdictions worldwide. Nevertheless, as with anything, rigid, excessive or thoughtless application of a law can lead to unintended consequences. The Annual Conference of Germany’s State Premiers (in German) pronounced that data protection concerns 'should not lead to disregarding digital technologies and data from the outset when it comes to protection against natural disasters and other crises'. The conference recognised that data plays a key role in addressing society’s most pressing problems. We agree. Data and data-based capabilities are crucial to achieving climate change targets like those included in the Paris Agreement and other legislation. Let’s take a closer look at this development and the use of telematics to achieve climate goals while being mindful of the GDPR.

A wave of environmental regulations

The UK government has set out policies and proposals for decarbonising all sectors of the UK economy, in order to meet a net-zero emissions target by 2050, and has set targets to cut emissions by 78% by 2035 (compared to 1990 levels). As part of the Net Zero Strategy, it has set out an indicative domestic transport emissions pathway to 2037, which would reduce emissions to between 20-30 MtCO2e (mega tonnes CO2 equivalent) by 2037, compared to between 85-95 MtCO2e without such mechanisms. According to Reuters, doing that will ‘require a fundamental restructuring’ in policy.

In November 2021, the 26th United Nations Conference on Climate Change (COP26) took place and set the focus on the importance of limiting global warming to well below 2 degrees Celsius, ideally aiming for 1.5 degrees Celsius. Over 100 countries, including the UK, US, and EU made a pledge during COP26 to cut methane and keep 1.5C within reach.

If you aren’t convinced yet, individual countries are also taking action on these broader political developments as well. Here’s another recent example from Germany, described by the Guardian as ‘historic’ when 'Germany’s supreme constitutional court ruled that the government’s climate protection measures were insufficient to protect future generations, after a complaint brought by environmentalist groups'. Sure enough, this is just the beginning – such landmark legislation may serve as an example to other countries and states. The UK government’s official climate advisors, the Climate Change Committee (CCC) published a report in 2021 stating that the government is not doing enough to protect people from the fast-rising risks of the climate crisis, and that it must take comprehensive action quickly to mitigate these risks.

Customers and consumers alike are also beginning to apply increased social pressure for organisations to become carbon neutral. Additionally, supply chains must be optimised in order to meet these green demands, and suppliers who cannot provide backed-up evidence of their sustainability targets may be dropped in the surge to achieve greater sustainability across a company’s supply chain. Banks and other capital sources may even cut off finances to those businesses failing to meet regulations.

From the developments outlined above, companies will surely face tremendous if not unsurvivable pressure to transition to green operations. This legitimate interest should be enough to harness the power of data. However, the present reality looks somewhat different, particularly in the transportation sector. A recent Geotab study has shown that the vast majority of fleet managers have set sustainability goals and highlights the vital importance of driver coaching as a way to push these goals forward. Using the Geotab GO device and the MyGeotab platform with the relevant reports and Add-Ins, fleet managers can easily undertake proactive measures to improve driver efficiency and safety. Meanwhile, however, many fear the implementation of such coaching, as a result of GDPR concerns and worries about backlash from work councils. Shouldn't this be the opposite?

As the most crucial asset of any fleet, keeping drivers safe should be in the best interests of all parties involved. Keeping fleet emissions low should be equally as beneficial for all. Neither data processors nor fleet managers (also known as data controllers) should be afraid to use telematics to improve driving behaviour and decarbonise road transport. As always, however, transparency is key. Policies should clearly explain how systems are used and not used; 'driver coaching' should be exactly that and the benefits should be set out clearly. With the right measures, responsible use and clear communication, all parties involved can benefit.

As a data processor, Geotab has taken all necessary measures to ensure that processing operations comply with GDPR, including documented security measures. Geotab supports fleet managers, to help them to fulfil their data privacy responsibilities. For example, the Geotab system is configured in such a way that only authorised and designated users can see data. Geotab also offers other privacy-by-design features, such as the personal mode for drivers, which involves discarding data at certain times or for certain places. Fleet managers must ensure that the fleet management system is used responsibly overall. This includes explaining legitimate interest in data use, providing any necessary details. This pertains to safety but also focuses on reducing emissions in order to achieve climate change mitigation goals, which should be an urgent priority for any fleet or transportation company.

A step in the right direction

All of this brings us back to the German State Premiers conference. As ministers discussed, the pandemic has highlighted the importance of balancing data privacy concerns and data tools, in order to tackle the pressing challenges of our time, ranging from the pandemic to climate change. In terms of tackling climate change in the context of transportation in particular, it is up to data companies (like Geotab) and users (fleets) to develop and deploy data technology that makes an immediate and concrete contribution. With the help of extended data usage, agents will be able to create the climate required to transition to electric mobility, while reducing the footprint of legacy vehicles as efficiently as possible.

In addition to climate change, road safety is another key consideration, as is running an efficient business.  In their roles as data processors and controllers, technology providers and users must insist on the secure and responsible use of data technology, communicate the benefits and be transparent about how they are being used. Documenting what is being done, how it is being done and the safeguards that are in place is key. Those evaluating the use of data technology should not act inflexibly but look at the context, recognise the global benefit being served and evaluate the implementation plan. No one is entitled to simply say 'not my problem'. Climate change is our problem and our responsibility. 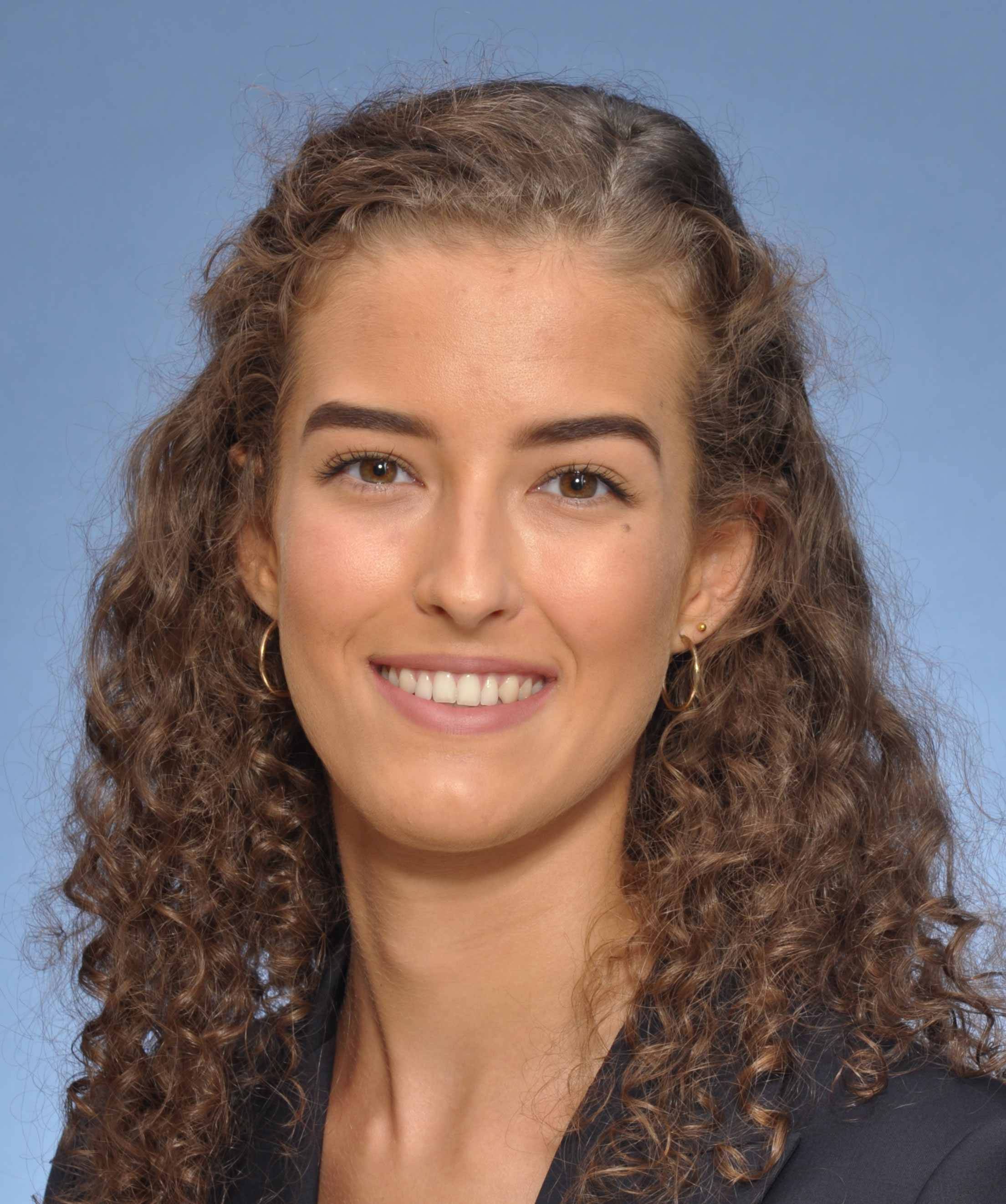 Improve fuel economy and reduce emissions with this easy-to-use tool from the Geotab Marketplace.

Geotab signs The Climate Pledge, committing to net-zero by 2040

Sustainability as a driver for business innovation

Not only are decision-makers now seeing the long-term benefits of integrating sustainability into their core business, they also realise the innovation and competitive advantage of corporate sustainability strategies.