The real reason you should make your fleet electric

Published on April 16, 2021 in Electric Vehicles by Joshua Gordon

There are more electric vehicles (EVs) on our roads than ever, and the rate at which people and businesses are switching to EVs is accelerating. If you were to ask someone on the street why this is a good thing, I have little doubt what the answer would be: it’s good for the planet, isn’t it?

It’s something that, after years of being told about the environmental benefits of EVs, everyone now knows. When we hear something again and again, though, I think it can be easy to lose sight of what it really means. People understand that battery-electric vehicles have zero emissions at the tailpipe, and might have a broad sense that automotive manufacturers are trying to make EVs as green as they can – but for businesses weighing up the move, the benefits go further than that.

To understand why, we need to recognise that, while they look similar on the outside, an EV is not just a traditional vehicle with a different power system. In order to make battery-powered vehicles a reality, everything has been rethought and rebuilt. In the process, it’s been an opportunity to improve every aspect of a vehicle.

The hidden benefits of EVs

The motors in a battery electric vehicle, for instance are much smaller and can be placed closer to the wheels than a traditional vehicle’s engine occupying the bonnet. That extra space is often used for cargo – but it also provides an optimal crumple zone, keeping people safer in the event of a crash. The batteries themselves, meanwhile, form a much larger, heavier component than a traditional fuel tank. By placing this close to the floor of the vehicle, EVs have a much lower centre of gravity than traditional cars, reducing the chance of rollover and again improving safety.

That difference in the powertrain also has a big effect on maintenance. While modern batteries and motors are a much newer technology than internal combustion engines, they are also in some ways less complex machines, as they replace hundreds of moving parts with just a few spinning components. That does away with damaged belts, misfiring cylinders, and other mechanical failures, reducing both downtime and maintenance costs.

This is not, of course, to say that sustainability isn’t what’s driving the need to switch to EVs; in fact, those benefits might be more significant than many people realise. As well as an impact on emissions reduction which will grow stronger as the grid is further decarbonised, BEVs also have immediate benefits to local air quality. Regenerative braking systems, which feed energy from braking back into the batteries, also reduces wear and tear on brake pads – which is a major source of airborne particulate emissions.

What I think is really interesting about EVs from a fleet point of view, though, is something we rarely hear being spoken about: driver satisfaction. In an on-demand world, there are probably more professional drivers on our roads than ever, and, in urban environments especially, EVs meet their needs incredibly well.

EV motors, unlike petrol or diesel engines, have all of their power available from a standing start, making them great for stop-start usage. Eliminating the engine results in a much calmer environment inside the vehicle, which is very welcome for those who spend a full working day in the driver’s seat. And, that low centre of gravity also means that EVs tend to be good at handling twisty streets with tight turns.

Given all of that, I wasn’t surprised to read recently that fewer than 1% of EV drivers here in the UK want to go back to petrol or diesel. It’s something that could really improve working conditions for professional drivers.

As we prepare for a world where EVs are the norm, businesses are starting to explore more seriously what the reality of an electric fleet will be. I think it’s important that that conversation isn’t just about climate change: as vital as that topic is, this is also an exciting opportunity to make fleets better in every respect.

Automotive manufacturers have been using the EV revolution as an opportunity to rethink what vehicles do: businesses can use it as a chance to rethink how fleets work. To learn more, you can download Geotab’s Ultimate Guide to Fleet Electrification now – or look out for the next instalment in this blog series, where I’ll be discussing the costs and return on investment for electric fleets. 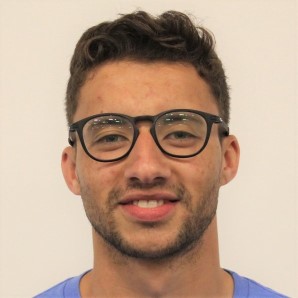 They’re EVerywhere: how to find your best fit in the EV market

Electric vehicles aren’t what they used to be, neither are the considerations for embedding them within your fleet.

EVs have come a long way over a short amount of time and they are no longer limited to small passenger vehicles with a limited range.