Published on September 4, 2019 in Smart Charging by Mark Goody

Utility providers need to understand how electric vehicles charge and drive in their service areas.

Reviewing EV charging load data is critical for planning activities related to the placement of public charging stations (EVSE), load management, and demand response. For the most accurate information utility companies should not be relying solely on older or generic data, instead they should be conducting their own EV charging load profiling program as every service area has its own unique EV ecosystem with different adoption rates, vehicle specific market share and geographic considerations.

The EV market is rapidly changing with the introduction of new vehicles, such as the Tesla Model 3 which have only been in production since July 2017, that now account for 46% of 2019’s plug-in electric sales for the U.S. Lastly, a profile study provides utilities a way to communicate with the EV drivers in a positive manner, treating them like customers instead of rate-payers. The decision that will have the most impact on any kind of pilot or case study is the number of participants and there are many things to consider when determining the size of an EV profiling program.

In order for any case study to be accurate, it needs to be statistically significant, meaning the sample size is large enough that there’s less of a chance that the results happen by coincidence. To create a significant sample size, there are three values to consider: Population size, margin of error and sampling confidence level. To create an EV profiling study, the population size will be the total number of EVs in the service territory. The margin of error is the range that your population’s responses may deviate from your sample, and the confidence level is the probability that your sample accurately reflects the attitudes of your population.

If you had a 5% margin of error with a 95% confidence level, it means your data should be accurate, plus or minus 5%, and you would get the same information 9.5 out of 10 times. For example, to have a statistically significant sample size for 27,000 EVs, with a 5% margin of error and a 95% confidence level, there needs to be at least 379 participants. While this number may be statistically significant from a statistician’s point of view, there are EV-specific conditions that need to be considered, specifically all of the sub-segments.

Load profiles that show how data will differ based on which sub-segment an EV falls into. (Top left: Vehicle type, bottom left: Commuting distance and geography, right: TOU rates.)

Sub-segments and why they matter

There are a number of variables that need to be considered when creating a sample group that accurately represents the EVs in a given service territory. Some of these will be related to the vehicles themselves, such as the amount of battery electric vehicles (BEV) and plug-in hybrid electric vehicles (PHEV), while others will be related to the territory itself. Below is a list of the sub-segments and why they are important.

Long range BEVs like the Tesla Model 3 have much larger battery capacities than a PHEV, meaning that they consume a significantly larger amount of electricity when charging. Also, in order to meet this capacity, they have much larger energy draws as a BEV will draw 8-12 kW compared to a PHEV which draws 3.3kW. Lastly these BEVs charge more sporadically, since they don’t have to charge every day, which makes their load harder to predict.

Geography and commute distance will play a significant role in charging behavior. Also the shape of EV charging load will greatly differ when comparing rural, urban and suburban territories. Two of the factors that influence the change in this demand are based on commuter habits, and the amount of EV clustering. Drivers in a suburban territory will drive on average 80% farther daily than their urban counterparts, which means they would charge more, and localized sales data also showed that they are the most susceptible to EV clustering. When all of these factors are combined, it leads to more volatile load curves with substantially higher peaks.

Cold temperatures directly affect the battery performance of electric vehicles as energy needs to be used to protect the battery as well as keep the cabin of the car comfortable for the driver. During studies it has been found that there is a higher consumption rate in the winter months, even though there was less daily driving. However it did not correlate with the maximum peak coincident load. The months with the highest peaks lined up with the months which had the highest driving distances. So while there are EVs consuming more energy, they are doing so less frequently, which is harder to predict. Another aspect of charging that colder temperatures affected was workplace charging, particularly paid workplace charging. Drivers were more likely to pay for workplace charging in winter months than summer, most likely the result of range anxiety due to reduced battery performance.

Although the majority of EV charging occurs at home, the total percentage is decreasing from 90% to 72%. This is a result of more readily available public charging stations, and an increased amount of free workplace charging. While these public stations make it easier to determine where infrastructure may need to be increased, it also creates a problem for demand management as this type of charging can’t be shifted. Whilea driver charges their EV at work does not mean they won’t charge at home as well, it will depend on their commute distance. This again leads to a more unpredictable load.

There are three levels of EV charging, each with different considerations regarding power level, length of charge and curtailment opportunity. A level 1 charger will draw a maximum of 1.9 kW, meaning it will take the most amount of time to fully charge an EV and presents a small window for curtailment. Level 2 chargers have the widest range of power draws, which are dependent on the EV that is being charged. A PHEV or short range BEV, such as the Nissan Leaf, will draw up to 6.6 kW, whereas a long-range BEV, like a Tesla Model 3, can draw up to 19.2 kW. These chargers present the best opportunity for curtailment as they have a shorter charge time, yet aren’t always used solely for an immediate charging need. The last level, DC Fast Charging or DCFC, on average draws 50kW making it by far the highest power demand. However, this type of charging is not able to be curtailed as it almost always represents opportunity charging where drivers require enough energy to complete or extend their trip, mid journey.

Time-of-use (TOU) rates have been proven to be able to shift load to off-peak hours and reduce the variability of charging times. However, if EV charging is simply added to a static residential TOU program, it will cause an unintentional coincident load. The charging shifted from peak-times starts immediately after peak-pricing ends, which will coincide with the other shifted residential load such as cooking, cleaning, HVAC, etc. More utilities are beginning to offer TOU programs, however in the majority of cases they are optional.

Include each sub-segment in sample groups

The different combinations of each of these sub-segments will create a variety of EV drivers that will charge differently. One progression of questions to determine what group a driver falls into could start with: “Is the vehicle a PHEV or a BEV?” but it could end with: “Is it a BEV that commutes, has no access to workplace charging, has a level 2 home charger and is participating in a TOU program?” As mentioned earlier, to be the most accurate, each sub-segments would need to have enough participants to ensure that they are statistically significant. This would be a very large undertaking, so in order to create a more realistic study, you could create three segments.

The first segment would be an overall representation of the EVs in their territory, a second group would represent all BEVs charging in service areas, as these are the vehicles which have the highest potential to cause immediate infrastructural damage and the final group would represent the most troublesome specific sub-segment: BEVs that commute, have no access to workplace charging, have a level 2 home charger and are not participating in a TOU program. By adding all three of these groups together the utility would get a better idea of how many participants are needed in their profiling study to get an accurate representation of the EV charging load in their service territory.

There are a lot of assumptions that will go into determining the various segments and sub-segments that need to be included in a study like this. To understand how the vehicles in a specific group charge, how many vehicles fall into that specific group needs to be determined. Luckily SmartCharge Profile is a scalable solution, which can also be rolled into a customer-controlled load shifting program. 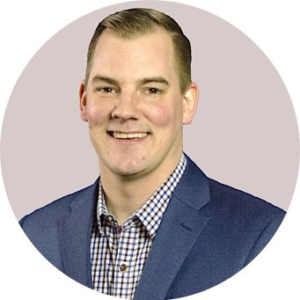 Mark Goody is a Business Development Manager at Geotab Energy.