Why we grow mustaches in Movember

Published on November 6, 2015 in Productivity by Colin Sutherland

Read a personal account of why Movember is important. Geotab kicks off its annual Movember campaign to raise funds and awareness for men’s health.

Every November, Geotab participates in the Movember Foundation campaign to raise funds and awareness for men’s health. This year, our brave group of Movember men are ditching their razors again. Geotab Movember Team member Colin Sutherland shares his personal story about why participating in Movember is important.

Geotab, as a telematics company, focuses on collecting useful data from vehicles and employee drivers in order to identify benchmarks and trends that businesses use to improve. We have a saying here at Geotab which is: “You can’t manage what you don’t measure.”  I apply that measurement-based philosophy to my personal life as well.

When I turned 40, I went to my doctor for the recommended physical, including my first prostate exam. The exam included a Prostate-specific antigen (PSA) test which screens the blood for a particular substance that may be found in an increased amount in men with prostate cancer, but not necessarily. At my first appointment, the PSA was low so I carried on and it was life as usual. At 45, I had another routine physical with normal test results. However, at 49, it was discovered that my PSA had doubled from the previous exam, leading my doctor to request further tests.

Six months after a biopsy, it was determined that I had prostate cancer that should be monitored closely for further change. As I was used to the Geotab way of managing by measuring and adapting to results, I had faith that the problem could be managed and solved. I concluded that it was far better to know that I had cancer and the luxury of time to monitor it and investigate possible treatment options.

I didn’t let the knowledge of the cancer pre-occupy my thoughts. I took steps to investigate treatment options, based on the impact to short term and long term health.

Last year, around my 51st birthday, tests revealed that the cancer had evolved and it was time to take action. Every man’s situation is different. My decision was to have surgery without radiation therapy. My decisiveness was influenced by the story of Citytv newscaster Mark Dailey, who died of prostate cancer at age 57 in 2010.  In a way, Mark’s death may have saved mine and I am grateful for the public telling of his story. I am now cancer-free and happy to be moving forward.

Friends – there is still much to be learned about prostate cancer. Regular screening is important. I encourage men to take their PSA level benchmarks early and repeat them regularly upon recommendation of their doctors.

It’s not difficult to take an active part in your health numbers. Measure what’s important so you can manage and maintain a long and healthy life… like me!

In 2014, the Geotab Movember team raised $1,300 for the Movember Foundation. This year, we hope to raise even more funds to support men’s health education and fund prostate cancer research.

The Movember Foundation is an international charitable organization dedicated to supporting men’s health. Since 2003, millions have participated in the Movember campaign, raising $677 million and funding over 1,000 programs focused on prostate cancer, testicular cancer, mental health and physical fitness. For more information, visit the Movember Foundation website. 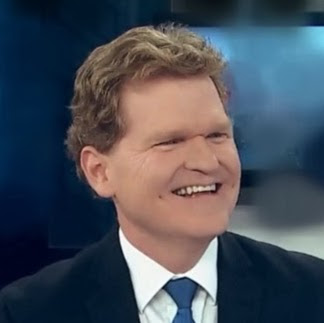 Colin is Executive Vice President, Sales and Marketing, for Geotab and a regular speaker at industry conferences worldwide, focusing on sharing knowledge and best practices for developing new telematics strategies.

There has been an uptick in job scams targeting job applicants. Here are some tips for distinguishing credible employers from potential scammers.