Finding the value of managing your electric vehicle charging load

Published on June 26, 2019 in Smart Charging by Scott Lepold

Regardless of what type of business you’re in, you always need to prepare for change. Electric vehicles are a significant change that utility companies are going to have to deal with. The transition to electric has the potential to be both a great asset or a great liability. A new long-range battery electric vehicle (BEV) can consume up to 100 kW to fully charge, more than triple the average daily energy consumption of a household in the United States (28.5 kWh).

EV adoption continues to rise, and if left unmanaged, the EV charging load can result in increased distribution costs, and force utilities to replace existing infrastructure ahead of planned cycles. However, if EV charging is managed properly, that additional load can be an asset to the utility by shifting it to better align with overgeneration or renewable energy to maximize profitability and efficiency.

When it comes to defining the value of additional load from EVs, it should be broken down into two components:

How a long-range BEV can cause immediate infrastructural damage

BEVs have the potential to be very disruptive as they not only consume more electricity than plug-in hybrid vehicles, but they are also beginning to draw it faster.

Unlike other EVs, which charge between 3.3-7.2 kW, Tesla models can draw more than double that amount of power from a level 2 charger. Using a Tesla Wall Connector home charging station you can draw up to 19.2 kW of power and although currently no single vehicle will accept that much power, up to four Wall Connectors can be linked to the same breaker for situations where multiple vehicles need to be charged.

By comparison, this draw is significantly higher than a 1.5 ton central air conditioner, which uses roughly 5.3 kW on average. This combination of increased energy demand and the ability to charge at a higher power causes load curves to be different for long-range BEVs.

In a load profile study, Geotab Energy compared the effects that EV battery size had on load curves. The diagram below shows peak load curves for different groups of five vehicles based on battery capacity. Long-range BEVs (LR BEV) were defined as fully electric vehicles with a battery capacity of 50 kWh or greater which included Teslas, and Chevrolet Bolts.

You can see how the number of long-range BEVs affect the combined coincident load and results in a higher average daily peak. On one of the days, the long-range BEV group created a daily peak of over 72 kW, which could easily damage a residential transformer on its own. There will always be other demands, so it’s fair to say that the impact of BEVs will be even more damaging when combined with regular household load.

As EVs continue to grow in popularity and battery capacities increase, so does the likelihood of these peaks. This brings about the first thing to consider when defining the value of managing EV load: How much will you save on distribution infrastructure costs?

One of the biggest problems that EV charging load causes when planning for distribution infrastructure upgrades is that unlike other load types, it is harder to predict as it moves and can occur sporadically. As EV battery capacity increases, owners won’t have to charge their vehicle every day. Although most EVs are charged at the owner’s home, the amount of workplace charging is increasing, so location also needs to be taken into consideration.

Another concern is that EV load won’t be evenly spread across a territory. EV load tends to cluster depending on a number of factors such as socioeconomic circumstances that result in a larger amount of EVs in a specific neighborhood.

For these reasons, it is important for a utility to understand the EV load profile within their service territory, a topic previously covered in: Debunking the myth: Electric Vehicles are not air conditioners. Without this EV load profile, utilities will have a difficult time planning where upgrades will need to occur in the short-term, let alone in long-term planning cycles.

The destructive potential of EVs to local transformers was covered in a Smart Electric Power Alliance case study on Integrated DER Planning designed for the Sacramento Municipal Utility District (SMUD). In the study, it was estimated that if they continued with their current EV charging management strategy, using an EV rate structure to encourage charging between midnight and 6 am, it could result in overloading up to 17 percent of their service transformers by 2030. This would represent 12,000 transformers and when combined with voltage violation issues related to their distributed solar photovoltaics (PV) strategy could result in a total cost of over $50-$100 million for transformer replacements and voltage regulators by 2030.

By identifying where EVs are charging, causing an increase in load, utilities can gather intelligence into where premature degradation could be occurring. Other than expensive, planned or unplanned, territory-wide distribution upgrades, the only option is to shift this load off-peak or to more desirable times when there is an excess of available energy.

This map shows the location and percentage of transformers that would be stressed based on the studies EV adoption rate. Source: Smart Electric Power Alliance, A Beyond The Meter: Planning the Distributed Energy Future, Volume II, 2017

Shifting EV load has many benefits, some easier to quantify than others, including:

EV charging load is substantial and often coincides with the typical residential peak hours as most EV drivers charge their vehicles in the evening when they get home from work. This forces utilities to either purchase more electricity at a premium or ramp up their own production using non-renewable sources in order to meet this demand.

Shifting your EV load to align with renewables

Another benefit of shifting EV load is the alignment with any renewable initiatives and subsequent overgeneration. As renewable energy becomes more prevalent it can create a challenge where it generates more electricity than is needed at certain times, which the California ISO (CAISO) has called “the duck curve.”

Although large batteries are being used to store as much of this electricity as possible, they are extremely expensive when scaled and CAISO is still having to reduce the production of renewables by curtailing this generation. The amount of solar and wind-generated electricity they have had to curtail monthly has risen by up to 466% since 2015 reaching 223,195 MWh in May 2019. Managed EV load could be shifted to these times, which occur midday when the sun is the strongest, to utilize this electricity. Utility companies would be able to maximize their GHG reduction by simultaneously increasing load during times when they can use renewable energy and reducing load during peak times.

Shifting your EV load to align with overgeneration

In other areas, utilities are having a different overgeneration issue where they can’t curtail enough generation, so they are paying other people to take their excess energy.

The Canadian province of Ontario now generates 61% of their yearly energy output from nuclear and combines it with run-of-the-river hydroelectric, solar and wind generation to make up their baseload. While this results in more than 93% of their electricity being generated from non-greenhouse gas emitting resources, it also creates periods of surplus baseload generation (SBG) when demand is low.

As nuclear generation cannot be curtailed as easily, Ontario has had to apply negative pricing signals and pay other utilities to take the electricity. Although it’s not the sole cause of negative pricing this abundance of energy is the biggest factor and in 2017 their prices were negative 19% of the time. There have been improvements over the last few years with increased nuclear manoeuvring capabilities and planned nuclear outages, but there are still missed opportunities. EV load could be shifted to these time periods of low demand and utilities would be able to sell it to their customers at a profit instead of giving it away at a loss.

Why managing your EV load with TOU rates is not enough

As shown, managing and shifting EV load has value, but how you manage this load will determine how much value it has. Time-of-use (TOU) rates are by far the most common way to shift any type of residential load. However, with EV load there are other things that need to be taken into consideration.

Simply adding the EV load into a general residential time-of-use rate structure will create an unintentional coincident load, as studies have shown that drivers will start charging immediately after peak-pricing ends. The means that those large energy draws will align with the other shifted load like cooking, cleaning and laundry, which defeats the purpose of shifting this load in the first place.

In order to separate the load and create an EV-specific TOU structure, you would need to install submeters, an expensive process that is intrusive for EV owners and only addresses the charging that occurs at home.

Engage with your EV drivers through a behavioural load shifting program

A more cost-effective and customer-centric way to approach this is with a behavioral load shifting program, such as SmartCharge Rewards. By enrolling EV drivers in a program like this, utilities can offer their customers incentives to charge during specific time periods (overgeneration periods) or to avoid certain periods ( peak periods). The process is easy for the end user as all they have to do is clip a device into the OBD II port of their EV and enroll online. Since all the data is collected from the vehicle directly, it will capture all charging events regardless of where they occur.

A smart charging type of program adds one last piece of value as it provides utilities a way to engage with their territory’s EV drivers in a fun and positive manner using gamification mechanics. EV drivers will become a part of the solution instead of being treated like a part of the problem and utility companies are seen as leaders in the promotion of EV adoption. To see examples of how other utilities are using behavioral load shifting programs you can visit the Geotab Energy website.

Electric vehicle adoption continues to grow and soon they will become a cornerstone of the grid. If managed properly, their load will be an incredibly valuable asset as it can help support clean energy initiatives while boosting profitability. Left unmanaged, it will result in higher distribution costs and expensive infrastructural repairs. 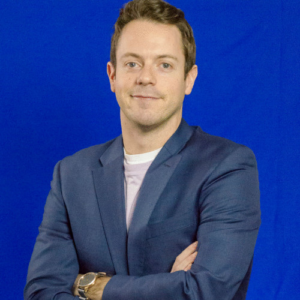 Scott Lepold is a Business Development Manager at Geotab Energy.