Why are electric and hybrid electric vehicles more efficient than conventional ones?

Published on June 3, 2015 in Fuel by Victor Barreto

Most people are aware that hybrid electric vehicles are more fuel efficient than conventional gas powered vehicles. However, not everyone is aware of the technical reasons behind it. The one reason that is usually cited is regenerative braking where the electric motor applies resistance to the drivetrain, and the energy from the wheels helps turn the motor and acts like a generator. But the reasons not often cited relate to how a hybrid configuration helps compensate for the inherent deficiencies of internal combustion engines (ICEs).

See also: Replacing gas cars with electric could save more than 40 tons of CO2 emissions per car

ICEs convert linear motion from pistons into rotational motion. To do so they must turn at a speed which allows for proper fuel combustion and allows the engine to overcome the internal friction of its many components. For this reason, ICEs do not operate much below 700 RPM and do not develop any significant torque until at least 1000 RPM (Fig. 1). Typical passenger vehicle gasoline ICEs develop their maximum torque at around 3500 RPM and are most efficient when operating between 2000 RPM and 2500 RPM. Gasoline engines on passenger vehicles are between 20% and 25% efficient (diesel engines are about 30% more efficient) 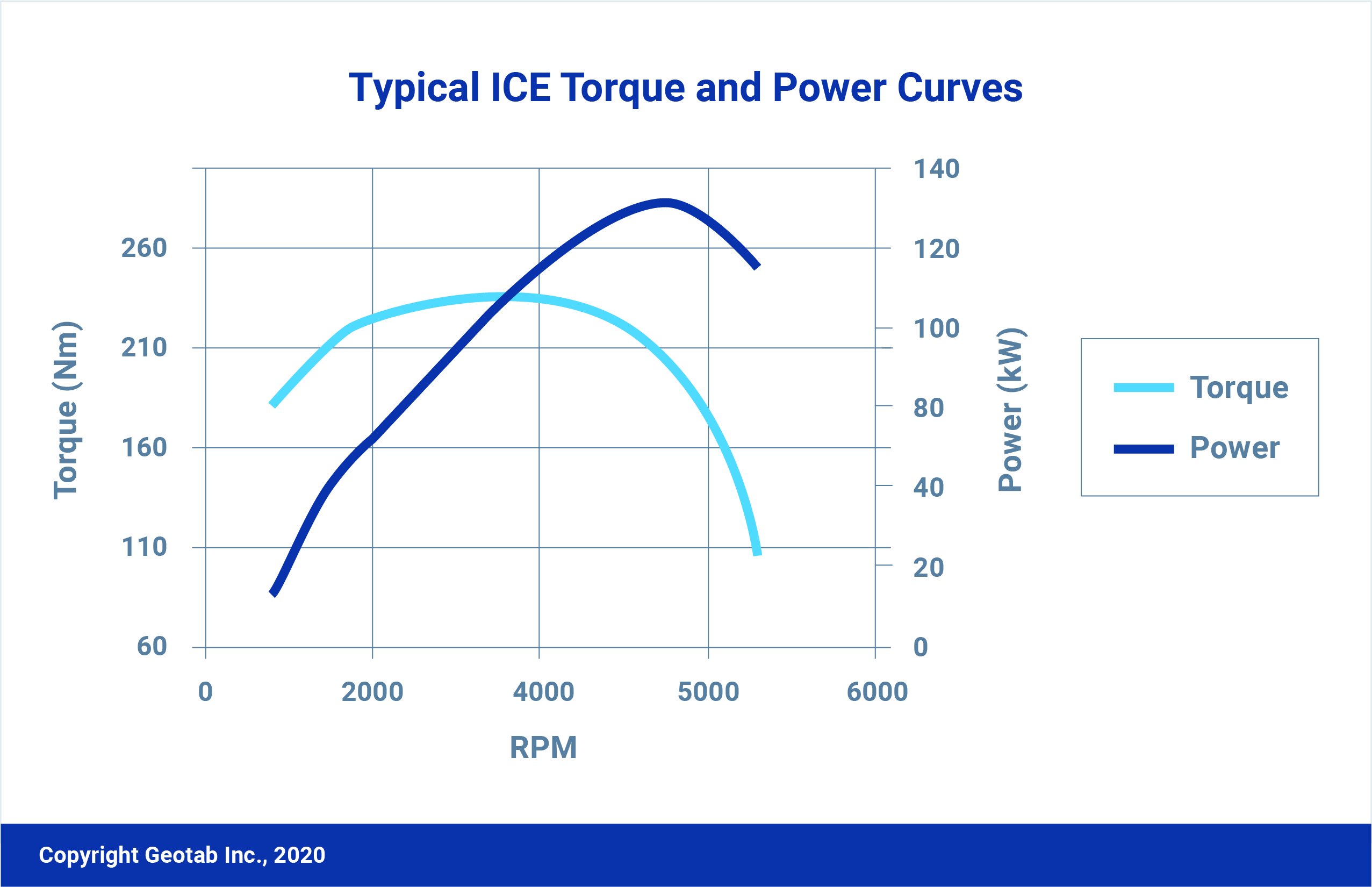 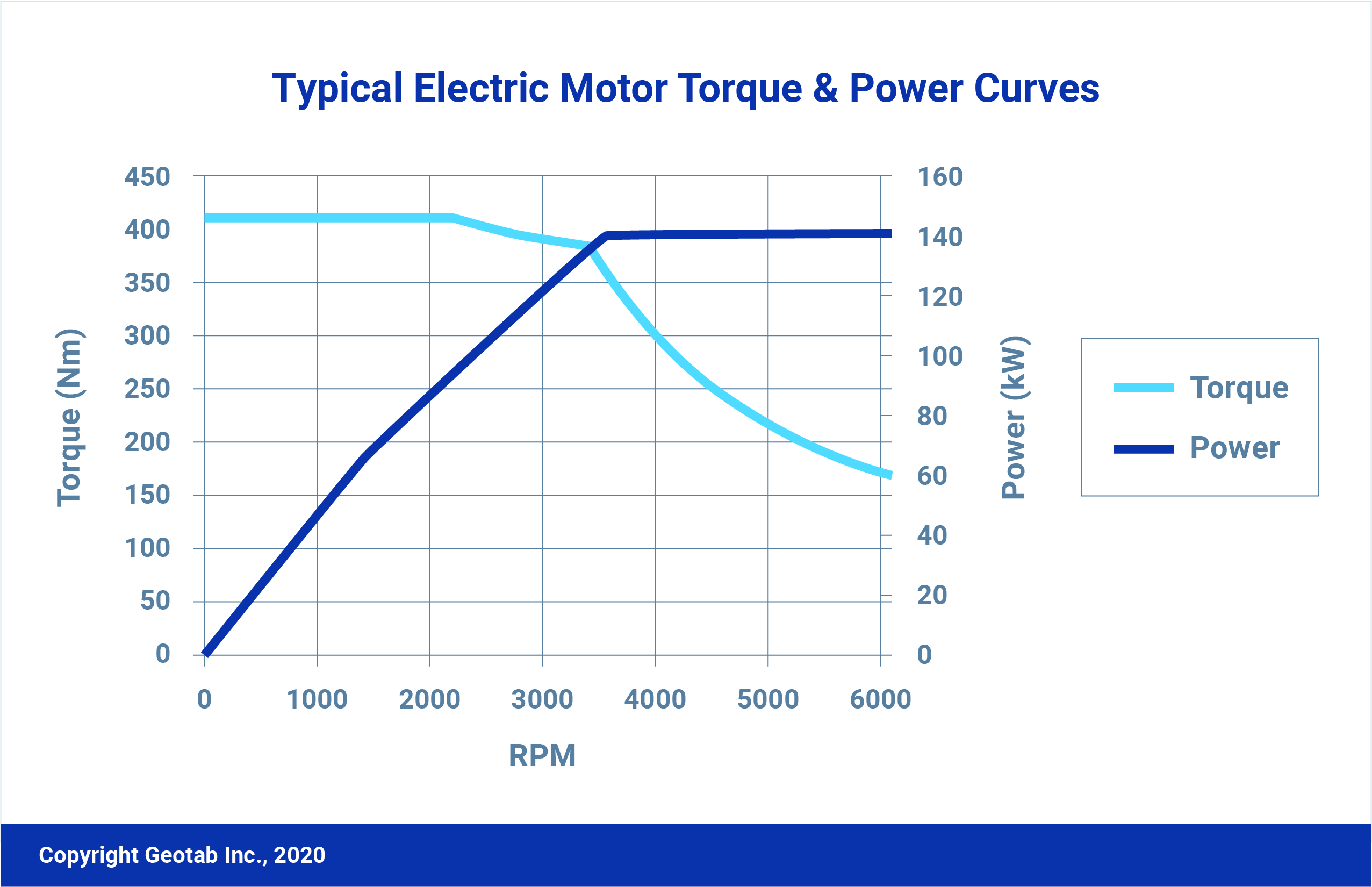 Passenger vehicles are expected to operate at varying speeds and under a variety of load conditions. This requires an engine to operate optimally over a wide operational range. Also, vehicles need to accelerate at an acceptable rate, but spend most of their operational time moving at a relatively constant speed. Accelerating requires more power than the other modes of operation because the vehicle has to propel itself and its load to the desired speed. Maintaining speed requires far less output from the engine. This forces manufacturers to size powertrains for peak power even though this mode of operation is less frequent.

On a conventional vehicle, the inability of ICEs to operate much below 700 RPM and to develop significant torque at low RPM requires the use of a transmission. The transmission decouples the engine from the wheels when the vehicle is not moving and increases the torque delivered to the wheels at low speeds and thus, allows the ICE to better match its speed with  the vehicle’s. This allows the ICE to remain within the optimal operational range. Electric vehicles on the other hand have motors capable of moving them at any speed (within their operational range). Electric motors do not consume any power when the vehicle is stopped (idling) and do not require a transmission to keep themselves within the optimal range, nor to increase torque at low speeds (they develop their maximum torque at all speeds within their power range). In addition, the efficiency penalty for sizing an electric motor for peak power is not very significant in comparison to the penalty of sizing an ICE for peak power.

The downside of electric vehicles compared to conventional vehicles is the energy source. ICEs use some form of hydrocarbon based fuel as an energy source. Fuels have high energy densities (34-38 MJ/L, 45 MJ/Kg), they are easy and economical to transfer and store. Electricity needs to be stored in batteries which have much lower energy densities (2 MJ/L, 1 MJ/Kg for the case of Lithium Ion), are less economical than fuel tanks and are not are not as easy to recharge (fuel up).  The amount of batteries needed for an electric car greatly increases the weight of the vehicle which impacts overall performance as well as tire wear and handling.

Hybrid electric vehicles combine a ICE with an electric motor, generator and battery. They are capable of higher efficiencies due to the following:

Here are some things to consider before creating an EV policy for your employees.