Published on March 9, 2020 in Sustainability by Denise Rondini |  3 minute read

The Cleaner Trucks Initiative will set stronger standards for nitrogen oxide emissions and other pollutants from Heavy-Duty truck engines.

The Environmental Protection Agency (EPA) announced an Advanced Notice of Proposed Rule to help set rules of emissions reductions in Heavy-Duty trucks in the US. Through the Cleaner Trucks Initiative (CTI), the EPA is setting out to create stricter standards on nitrogen oxide (NOx) from Heavy-Duty truck engines.

Progress made but there’s more to be done

The trucking industry has made great strides in cleaning up the emissions coming out of the tailpipes and stacks of trucks on the road today. But there are further areas where improvements can be made, according to the Environmental Protection Agency (EPA). They plan to focus on “low load conditions,” including times when trucks are idling, moving at slow speeds, or stuck in traffic.

Before looking at the new initiative the agency announced, a little history of air pollution measures in the U.S. will help put the issue in perspective.

Back in 1970, prompted by smog conditions choking many major cities, the Clean Air Act set standards for emissions of NOx, hydrocarbons (HC) and carbon monoxide (CO) in new vehicles. Since then, through further standards, testing, transportation programs and new technology, the EPA in partnership with government and private sector partners has helped successfully improve air quality.

Emissions standards have always been focused on vehicles under load and have not looked at them when trucks are idling, or moving slowly. CTI will look at emissions reduction in the real world in all types of operations, EPA says.

On January 6, EPA Administrator Andrew Wheeler signed an Advanced Notice of Proposed Rule (ANPR) asking for pre-proposal comments on the rulemaking effort known as the Cleaner Trucks Initiative (CTI). “We will modernize Heavy-Duty truck engines, improving their efficiency and reducing their emissions, which will lead to a healthier environment,” he said when announcing the ANPR.

The EPA currently is researching technologies that can help reduce polluting emissions from trucks and gathering information needed “to inform a comprehensive rulemaking.”

Some things it is currently considering include the following:

Stakeholders in the Cleaner Trucks Initiative

The agency says it is working with a wide range of stakeholders including truck makers, suppliers, carriers, dealers, labor, state and local governments, environmental and health organizations.

Commenting on the announcement, Bill Sullivan, Executive Vice President of Advocacy for American Trucking Associations, said, “The trucking industry takes clean air seriously and has made significant strides in improving the nation’s air quality over the last 35 years. Since 1985, newly-manufactured trucks have reduced NOx emissions by over 98%, but our work is not yet done. These reductions have been possible because the EPA has worked with stakeholders — including the trucking industry — to help institute standards that are feasible, achievable and reasonable.”

The agency intends to issue a proposed rulemaking sometime this year, and the rulemaking will apply to future models.

In addition to the CTI, the industry is also working towards another set of regulations, the Phase 2 Heavy-Duty Greenhouse Gas and Fuel Efficiency Standards, which requires a reduction in CO2 emissions and fuel consumption of medium-duty trucks, starting in model year 2021.

EPA currently is seeking input from the public to help it develop new guidelines for emissions standards. Once the notice is published in the Federal Register, the public will have 30 days to provide comments.

For information on clean air initiatives in Europe, see our related blog. 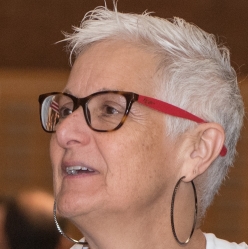 Denise Rondini is the president of Rondini Communications and has nearly 40 years of experience researching and writing about topics in heavy-duty trucking aftermarket and commercial vehicle dealership markets.

Who is exempt from the ELD mandate? Read the list of ELD exemptions from the FMCSA.