Published on June 1, 2020 in Productivity by Dirk Schlimm

When difficult times strike, good leaders set themselves apart by their ability to communicate, empathize and remain strong. Over the past few weeks, we have seen many subject matter experts, like doctors, epidemiologists and economists, taking center stage, who otherwise work out of the public eye.

Leaders and specialists often possess different, yet mutually beneficial, skill sets, which are needed equally in times of crisis. The most effective leaders trust expert advisors to deliver credible information in order to make sound decisions.

What can we learn from the influential people, both new and familiar, who are leading us through this health crisis?

See also: Podcast: Behind the scenes at Geotab with Neil Cawse

The many public health experts turned advisors and crisis managers have incredible professional records to back up their recommended guidelines. The UK newspaper The Guardian put together a list of the senior medical experts taking the lead, highlighting their extensive experience at the top of the field. Canada’s Chief Public Health Officer Dr. Theresa Tam, for example, played a role in the response to SARS outbreak in 2003 as well as H1N1 in 2009; France’s national health agency director Jerome Salomon specializes in tropical and infectious diseases; White House health advisor Dr. Anthony Fauci has reported to six U.S. presidents.

Crisis management requires huge amounts of energy. Dr. Tam, for example, not only advises Canada’s Minister of Health but also heads the Public Health Agency of Canada and coordinates public health agencies across the country, prompting Maclean’s to ask whether she ever gets a day off.

Successful leaders learn how to sustain themselves with little rest, without wearing themselves out, until normality is restored.

The pandemic has shown the importance of clear communication. In many countries, medical experts have been given the responsibility to address and update the public on the latest measures being taken to curb the spread.

Fauci has been praised for his “one-of-a-kind” ability to articulate medical information in a way that is accessible to the public. In Germany, Christian Drosten has become his country’s “de facto explainer”. Officials like Fauci and Drosten communicate clearly and straightforwardly, helping audiences understand the importance of their message and heed their advice.

While public health experts must remain calm, that does not mean that they cannot show emotion. Lothar Wieler, the head of Germany’s public health institute (RKI), was seen showing visible distress when reporting that many people were not following his advice to stay inside. As a result, the federal government introduced stricter measures, proving that public displays of emotion, when appropriate, can be impactful.

Many experts have freely admitted their errors in order to move forward in remedying the current crisis. Dr Fishman, a University of Toronto epidemiologist, admitted in a podcast that he had previously made erroneous assessments. Karl Lauterbach, a German MP, epidemiologist and health management expert, similarly admitted that he had misjudged the severity of this fast-changing crisis.

Many of the influential people taking the lead during this situation are doing so out of a genuine desire to mitigate the pandemic’s short and long term effects, not to further their own career. Fauci, for example, repeatedly turned down the role of National Institutes of Health director and, at age 79, could be enjoying retirement.

Adapted from an article on Jenoir.com. See the original article here.

Leadership trends: An interview with with Dirk Schlimm

Four questions about cybersecurity every fleet executive must ask 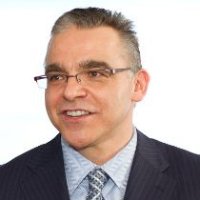 Dirk Schlimm, EVP & Advisory Board Member for Geotab, is a thought leader on vehicle data access as an essential requirement for generating customer value, driving innovation, and competing effectively in the data driven economy.

Discover tips and tricks to grow as a professional during your virtual internship at Geotab.

Advice for your first week as a Geotab intern

Experience the first week of Geotab through the eyes of an intern.

How to prepare for an interview at Geotab

Discover tips to help you prepare for a Geotab interview.

How to combat screen fatigue