It's impossible to talk about vehicle safety and not recognize the alarming increase in road crash statistics, and even more, in vehicle crash fatalities. Collisions and fatalities have a significant impact on the commercial vehicle industry and beyond. On average, a collision can add up to $16,000 to $75,000 in related expenses for a company. We gathered some important numbers you can use to call attention to road safety within your fleet.

1. Large trucks account for 9% of all vehicles involved in fatal crashes

According to the National Safety Council (NSC), large trucks are defined as any medium or heavy truck weighing more than 10,000 pounds, excluding buses and motorhomes. In 2020, large trucks were involved in crashes that resulted in a total of 4,842 fatalities and 107,000 injuries.

Of these deaths, 71% were occupants of passenger vehicles, with 17% being the occupant of the large truck and 12% being pedestrians or cyclists. In addition, 63% of these fatalities occurred during daylight hours and 5% happened in construction zones.

2. Drivers with previous driving infractions have a higher chance of being involved in fatal crashes

The National Highway Traffic Safety Administration (NHTSA) reported that 21% of large truck drivers with prior history of non-fatal collisions were involved in a fatal road crash in 2020. In addition, 19% of all large-truck drivers involved in fatal crashes had at least one speeding violation on record.

3. There are 1.35 million deaths due to road crashes every year

4. Speeding is directly linked to a higher likelihood of death in a crash

By coaching drivers to slow down, you can increase safety and save on fuel. Learn how to put the brakes on speeders.

5. Road crashes will cost the world economy approximately $1.8 trillion by 2030

The Centers for Disease Control (CDC) states that both fatal and non-fatal crashes will cost the world an equivalent of a yearly tax rate of 0.12% on global growth domestic product. CDC research also shows that death rates due to vehicle crashes are three times higher in low income countries. Low income countries account for 60% of the world’s registered vehicles, but 90% of the world’s deaths are due to fatal crashes.

6. Nearly half of those who die in road crashes are not wearing seat belts

For people who think that airbags are a good replacement for a seat belt, NHTSA also notes that air bags are designed for a scenario where someone is wearing a seat belt and positioned properly in their seat. Without a seat belt, the force of the airbag deploying could hurt or kill you.

7. Distracted drivers are four times more likely to be involved in a crash

Taking your eyes off the road for two seconds doubles your risk of crashing. Distracted driving can mean anything from talking on the phone or texting — both hands-on and hands-free — to eating, adjusting settings on your vehicle’s dashboard or just losing focus on the road.

Distracted driving accounts for 80% of collisions and 65% of near-collisions, resulting in approximately 4 million vehicle crashes in North America per year alone. In addition, 21% of fatalities in road crashes are the direct result of a driver using their phone or other electronic devices.

One person is injured in a distracted driving collision every 30 minutes, according to estimates.

8. A pedestrian dies every 85 minutes from being struck by a vehicle

In 2019, the NHTSA reported 6,205 pedestrian deaths and 140,000 injuries in vehicle-related incidents. In addition, 20% of total vehicle deaths were made up of pedestrians. From those numbers, 569 fatalities and 4,000 injuries were related to incidents involving large trucks. Between 2010 and 2019, pedestrian fatalities also rose by 62%.

What can be done to improve road safety?

With fleets making up more than a quarter of road traffic in many countries, it is imperative that businesses continuously work to reduce risk for their employees and others on the road.

Fleet and safety managers often have many responsibilities, that’s why fleet management software can be useful. To help improve fleet safety, fleet managers can develop or implement:

The need for global safety standards

In the U.S., road safety standards aren’t too difficult to find, as there are many regulatory standards that manufacturers must comply with in order to sell a vehicle in the U.S. This includes seat belts, air bags, electronic stability control (ESC) systems and rear backup cameras, to name a few.

As a result, companies often have varying levels of standards and company safety policies by country, simply because regulators haven’t adopted safety policies or these features are not offered in certain countries where the vehicles were manufactured.

Though global safety standards have not been implemented thus far, the United Nations Department of Safety and Security (UNDSS) is looking to change this. In 2019, the UNDSS launched a road safety strategy that aims to reduce the number of road crashes by 50% by 2030. The strategy uses its five pillars — road safety management, safer vehicles, safer road users, post-crash response and safer driving environments — to coordinate the interactions of speed, vehicles, road user behavior and road infrastructure to improve global road safety.

In addition, in 2021, the Global New Car Assessment Programme (Global NCAP) released a 10-year action plan for improving global road safety. The plan was developed in connection with the WHO and the UN to outline an equalized safe system approach to global road safety.

Both of these initiatives serve as great steps toward implementing global road safety practices. With the standards of safety regulations drastically varying from country to country, if the U.S. adopted this policy, it would greatly push the needle on other countries calling for these standards as well.

Adopting a 4- and 5-star-only crash rating system within your fleets, you are not only providing a safer work experience for your drivers, but you will also be saving your company money long-term. Knowing that 20-50 million people are injured in crashes annually, the fiscal advantage combined with the ability to keep your employees safe and avoid millions in medical and liability costs seems like a no-brainer. So why aren’t more companies doing it?

While crashes are going to happen regardless, the amount of damage is within your control. Simply put, safer vehicles equal less damages, which in turn saves money and lives.

You can use Geotab to manage risky driving and lower your collision rate, plus much more. To learn more, explore our fleet safety solutions.

If you have questions or want to hear what others are saying about fleet safety, visit the Geotab Community. 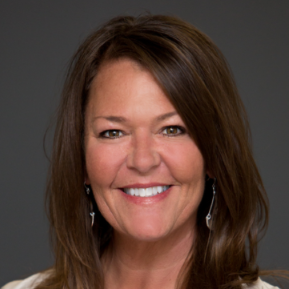 Sherry Calkins has been involved in the global Fleet, Mobility and Automotive industry for over 20 years, working both nationally and globally.

Rules and reports to help fleets keep their vehicles in top condition.

Why create a vehicle maintenance policy and what to include