Published on September 25, 2017 in Compliance by Geotab

Will there be an ELD extension? Read an update on the ELD mandate compliance date and see a timeline of electronic logging device news.

The news headlines have been filled with discussion about a potential delay of the ELD mandate. This article seeks to set the record straight about where the ELD mandate stands.

On July 18 of this year, Rep Brian Babin (R-TX-36) introduced H.R. 3282, the ELD Extension Act of 2017 that would delay the compliance date for installation of an Electronic Logging Device (ELD) on all appropriate commercial motor vehicles for an additional two years (December 2019). The legislation now has 48 cosponsors. Upon the introduction of H.R. 3282, a number of national trade associations also sent a letter in support of the legislation, primarily from the agriculture, construction, and energy industries. As of yet, there has been no companion legislation introduced in the Senate.
In a recent vote in the House of Representatives on an amendment delaying the ELD compliance date, the amendment was defeated by a vote of 173 (in favor) to 246 (opposed).

In January of 2017, the U.S. Court of Appeals for the 7th Circuit denied their request for a rehearing. A subsequent appeal to the U.S. Supreme Court by OOIDA was denied as well. 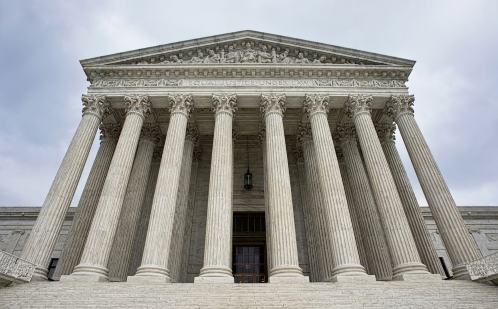 What Are the Odds on an ELD Mandate Delay?

The odds of anything happening to halt the ELD Mandate in the Senate or House are remote at best. There still has been no legislation introduced in the Senate. In the House, it’s possible that a delay amendment could be offered again, but in light of the vote on the Babin amendment (defeated 246 to 173), that’s doubtful. H.R. 3282 was referred to the House Transportation and Infrastructure Committee but that Committee has no plans to either hold a hearing on the legislation or markup the bill.

While not the norm, there have been instances where a major rule has been delayed. What makes the ELD rule somewhat unique is the fact that Congress mandated a two-year delay between the date of final rule (December 2015) and the actual compliance date (December 2017). That delay was intended to permit an orderly transitioning from the paper log books to the new electronic logging devices.

In the transportation regulatory world, “soft” enforcement is usually far more prevalent. Soft enforcement means generally that law enforcement officials will issue warning notices for some period of time, rather than issuing citations or out of service orders. In the case of the ELD compliance date, the Commercial Vehicle Safety Alliance (CVSA) has announced that state enforcement personnel will issue citations for failure to have an ELD installed after December 18 but will not issue an out-of-service order until April 1, 2018.

What the FMCSA Says

In a letter dated September 6, 2017, the Federal Motor Carrier Safety Administration (FMCSA) made clear its position on a delay: “Any delay in implementation will diminish rather than enhance highway safety.”

October 1 is the start of the new fiscal year and Congress has approved an extension of government funding and the debt limit through December 8. As that deadline approaches, Congress will need to approve the individual appropriations bills or combine them into one large Omnibus spending package. Alternatively, Congress could pass another Continuing Resolution that would fund the government for an additional 30 – 60 days into 2018. Also potentially on the agenda will be tax reform, changes to Obamacare, and infrastructure funding, any of which could be a vehicle for a delay amendment.

The only possibility for a Congressional delay in the ELD compliance date would be an announcement from FMCSA that the agency and its state enforcement partners are not ready to enforce the December 18 deadline. If that were to happen – doubtful given the public comments made by FMCSA during debate on the Babin amendment – Congress could move quickly to enact a 3 – 6 month delay in the compliance date and utilize any number of legislative vehicles that could pass before the end of the year.

The Final Word on ELD Compliance: Get Ready

So, should carriers be concerned about challenges to the ELD mandate? As the compliance deadline on electronic logging devices approaches, opponents may become more vocal, including an organized demonstration planned to take place in Washington, D.C.

In general, it’s difficult to judge the likelihood of any legislation getting passed by Congress. However, in this case, with less than three months to go before the December compliance date, it is unlikely there will be a legislative delay in the ELD compliance deadline. To date, the previous court challenges have not been successful. Therefore, with the ELD deadline on the horizon, the best strategy going forward is to get prepared.

The following is a summary of the some of the significant events that happened this year.

March 29, 2016 — OOIDA filed a lawsuit challenging the FMCSA’s electronic logging device rule claiming that it violates the Fourth Amendment rights of drivers, fails to prevent driver harassment, and that there was no proof provided to support the claim that they will improve highway safety.

October 31, 2016 — The U.S. Court of Appeals for the Seventh Circuit rules to uphold the ELD mandate.

December 16, 2016 — OOIDA files a petition for a rehearing of their challenge to the ELD mandate.

January 12, 2017 — The U.S. Court of Appeals for the Seventh Circuit rejects OOIDA’s petition.

June 12, 2017 — The U.S. Supreme Court denies OOIDA’s petition for a rehearing on their challenge to electronic logging devices.

July 18, 2017 — In conjunction with their approval of 2018 fiscal year funding of the Department of Transportation (DOT), the U.S. House Appropriations Committee published a report calling for the DOT to study a possible delay on ELD implementation and enforcement based on the “heavy burden” it will cause, particularly for small carriers. They asked the FMCSA to respond within 60 days with the results of their analysis.

August 28, 2017 — The Commercial Vehicle Safety Alliance (CVSA) announced that starting December 18, 2017, inspectors and roadside enforcement personnel will document violations and issue citations for commercial motor vehicle drivers who are found not using compliant ELDs, but that it will wait until April 1, 2018 before it begins placing commercial motor vehicle drivers out of service for ELD noncompliance.

August 29, 2017 —OOIDA files a petition with the FMCSA requesting a delay of the ELD mandate, based on concern over legal problems that will arise because of numerous U.S. states that are lagging behind on creating their own legislation.

September 6, 2017 — The proposal to delay the ELD mandate is rejected in a vote by the U.S. Congress. Chris Spear, President and CEO of the American Trucking Associations (ATA), releases a letter supporting ELDs as the “new gold standard for our industry.”

December 18, 2017 — ELD Final Rule Compliance Date. Carriers and drivers subject to the ELD rule must use ELDs or AOBRDs (if they were installed before December 18, 2017)

December 16, 2019 — Full Compliance phase begins. ELD use becomes mandatory.
To receive Geotab updates on the ELD mandate and other fleet news, subscribe to our enewsletter.

ELD Exemptions and Frequently Asked Questions on the ELD Mandate

While Geotab recognizes our place as a self-registered ELD manufacturer and provider and we will answer questions regarding those Hours of Service (HOS) ruleset options we provide, neither Geotab nor any of its employees, officers or agents can offer legal advice to any resellers or customers concerning which HOS ruleset(s) or exemption(s) may apply to any particular situation. Please contact your local DOT department or refer to the FMCSA website at https://www.fmcsa.dot.gov/ for questions Geotab is unable to answer.

Canadian ELD: Does your ELD have to break the bank in Class 8?

Learn how ELD solutions can be a cost-effective option for Class 8 fleets.

The Canadian ELD mandate deadline is approaching. Are you prepared?