Published on August 9, 2018 in Electric Vehicles by Patrick Howell

Supercapacitors, also called ultracapacitors, play an important role in the electrification of vehicles. Learn what they mean for vehicle innovation

Vehicle electrification is becoming more common as engineers strive to keep improving fuel efficiency. In general, IEEE describes “electrification” as the increasing use or percentage of electrical systems in the design of a vehicle. The levels of electrification range from mild hybrid vehicles, which incorporate some electrification such as an electric motor that assists with start up and stopping, up to full electric vehicles (EVs). These vehicles contain small electric motors and additional batteries to power auxiliary systems and reduce load on the gasoline engine.

Increasingly complex electrical systems drive innovation and lead engineers to incorporate new technologies. The supercapacitor is one such technology — an energy storage device capable of hundreds of thousands of high-power charging cycles.
In this article, you can learn all about supercapacitors, how they differ from batteries, and what uses they have in the electrification of vehicles.

What Is a Supercapacitor?

A capacitor is a device that stores energy in an electric field. They can be as simple as two parallel metal plates with some separation in between. Capacitors are useful for energy storage, but have a wide range of other uses in modern electronics and applications for rail, bus, aviation, cranes, hybrid electric vehicles, energy harvesting, and even F1 race cars.

A supercapacitor can hold much more energy than a standard capacitor. They are sometimes called ultracapacitors, but the terms are interchangeable. Supercapacitors are usually constructed with special geometries and advanced materials like carbon nanotubes and graphene, although researchers are looking for other ways to build them. 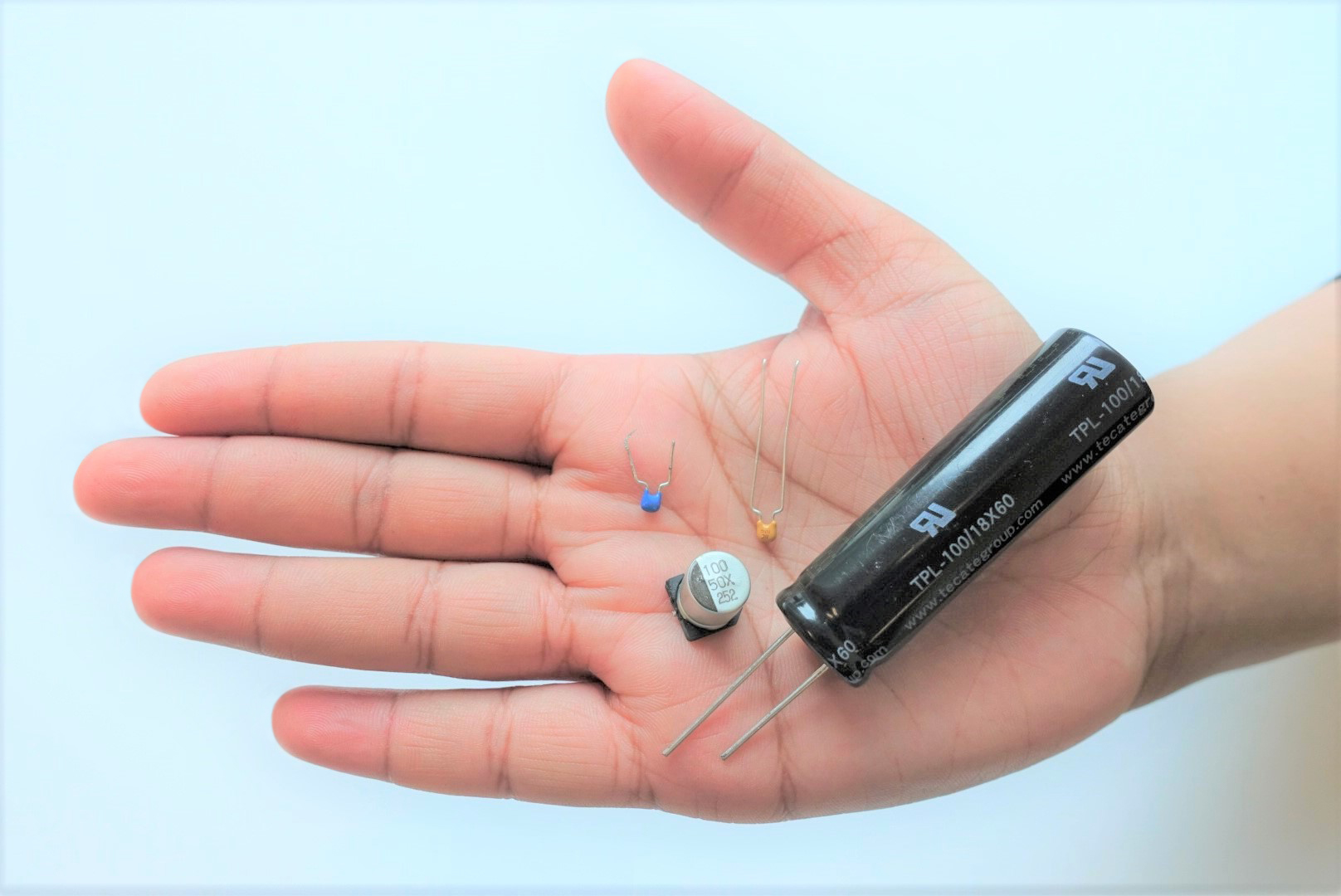 Supercapacitor vs Battery: What Is the Difference?

The primary difference between supercapacitors and batteries is how they store energy. A battery relies on a chemical reaction to generate energy.

This difference in storage leads to significant differences in performance. A battery will store much more energy than a supercapacitor of the same weight. This makes batteries ideal for long-term energy storage. We say that batteries have high specific energy.

Supercapacitors store less energy than batteries of the same weight, but they can release that energy much faster. Supercapacitors are good for short-duration, high-power bursts. They can charge and discharge very quickly. We say that supercapacitors have high specific power.

Comparing Batteries on Cycle Life and Performance
Another key comparison is cycle life, which is the number of full charge/discharge cycles that a battery can complete before it loses its usefulness (a State of Charge of 80% or less). Here is a comparison of some battery cycles:

Temperature performance differs as well. Batteries typical operate poorly in extreme temperature situations. Supercapacitors can operate normally down to -40C (-40F) and up to 65C (149F). Thus, they are well-suited for extreme environments, like the engine compartment of a vehicle or on a Canadian winter morning.

Are supercapacitors close to replacing batteries outright? The short answer is no.

The primary advantage of batteries is superior specific energy. A battery can hold ten to twenty times as much energy as an equivalent weight supercapacitor.

But the two technologies are not direct competitors. Batteries are great for long-term energy storage, and supercapacitors excel at short-term, high-power bursts of energy. They should be thought of as complementary, and that is how they are typically employed.

Supercapacitors deliver burst power and long cycle life. Let’s take a look at how these capabilities are enabling and improving electrified vehicle systems.

Regenerative Braking
Traditional automobile brakes work via friction. The kinetic energy of the car is transformed into heat energy by the friction of the tires against the road and the car is gradually brought to a stop. All the generated energy is wasted in heating the rotors and brake pads.

Regenerative brakes work by converting kinetic energy to electrical energy instead of heat. This energy can be captured and stored for later use. Braking is typically a short duration, high power event that occurs multiple times during a trip.

Many vehicle OEMs build over-sized batteries that can handle these bursts of power. Newer systems, however, are turning to supercapacitors to recover this energy. Technologies like Mazda’s i-ELOOP leverage a supercapacitor to gather energy. This stored energy is used to run auxiliary vehicle systems, such as the climate control and headlights. This takes some load off of the engine and increases fuel efficiency.

Start-Stop
Start-stop systems are used to shut off a vehicle’s engine at red lights or train crossings. The system can rapidly restart the engine once the driver lifts their foot off the brake pedal. Such a system can reduce fuel usage and cut carbon emissions. For more on start-stop technology, read this blog post by Stefano Peduzzi.

Automotive engineers face several challenges when designing start-stop systems. They need to design for many more engine starts during a car’s lifetime. Part of this design often involves the use of alternative battery technology.

Many cars equipped with this technology use absorbent glass mat (AGM) batteries. AGMs have higher specific power but lower specific energy than the lead-acid batteries found in most cars. They also feature a faster charge time. AGMs are more expensive to manufacture, however, and are more sensitive to heat.

Newer vehicles implementing start-stop technology are turning to supercapacitors. This eliminates the need for expensive battery technology. It also reduces wear on the battery from repeatedly starting the engine. Battery life is prolonged by allowing the supercapacitor to handle restarts, reducing maintenance costs and vehicle downtime.

Cold Engine Starts
Cranking a battery in freezing temperatures can result in excessive battery wear and failed starts. Nobody likes having to wait by the side of the road for a jump start when it’s below freezing. It costs your fleet time and money.

A supercapacitor-based Engine Start Module (ESM) provides a solution. These devices can be retrofitted to existing trucks or factory-installed on new vehicles. The ESM uses supercapacitors to deliver smooth and reliable starts in temperatures as low as -40C (-40F). This allows drivers to shut off their engine with confidence that it will start again, reducing idling time. This technology also reduces the load on the battery, thereby lowering maintenance costs and downtime.

Electrified vehicles are leveraging supercapacitors in their quest for better reliability and efficiency. These high power, long-lived devices complement the long-term energy storage capability of batteries. Through technologies like regenerative braking, start-stop, and enhanced engine starting, supercapacitors are helping to cut costs for fleets and reduce emissions.

Are you interested in efficiency? Learn more on our fleet optimization page.

Patrick Howell is an Embedded Systems Developer for Geotab.

Creating an EV adoption strategy for your fleet

See how a business can electrify their fleet.

Fleet managers are focused on electric vehicles and sustainability in APAC.