Published on August 18, 2020 in Fleet Management by Geotab Team

On Geotab’s 20th anniversary, we look back at some of our favorite milestones.

Geotab was founded 20 years ago on August 9, 2000 in Oakville, ON, Canada, where our headquarters are still located today. What was begun as a small business in our CEO’s home has now expanded into a global company with over 1,000 employees working in cities from Las Vegas to Paris to Adelaide.

For Geotab’s 20th anniversary, we look back at some milestones to see how we’ve grown and evolved over two decades.

What’s in a name?

While many things have changed since Geotab was founded, such as offices, products, websites, the name “Geotab” has stuck. Geotab is a mash-up of the term “geospatial,” which relates to data associated with a specific location, and “tabulation,” meaning the arranging of information systematically. No wonder our motto has become “You can’t manage what you don’t measure!”

Our GO device, meanwhile, which has gone through numerous iterations. Most recently, we’ve released GO9. The name is actually an acronym for “Geotab Onboard,” a nod to the way the device slides directly into the vehicle’s OBD II port.

See also: Podcast: Behind the scenes at Geotab with Neil Cawse

In 2019, Geotab was named #1 commercial telematics provider worldwide by ABI Research. Here are some of our latest stats:

Follow the roadmap and check out a few of our proudest moments over the last two decades:

Geotab is proud of everyone who has contributed to our goal of helping customers all over the world make informed, data-driven decisions — but we’re just getting started. To hear the latest discussions on telematics, smart cities, EVs and more, check out our new podcast Connected with Geotab.

Here’s to another 20 years of helping businesses reach their full potential and keeping the roads safer for everyone. 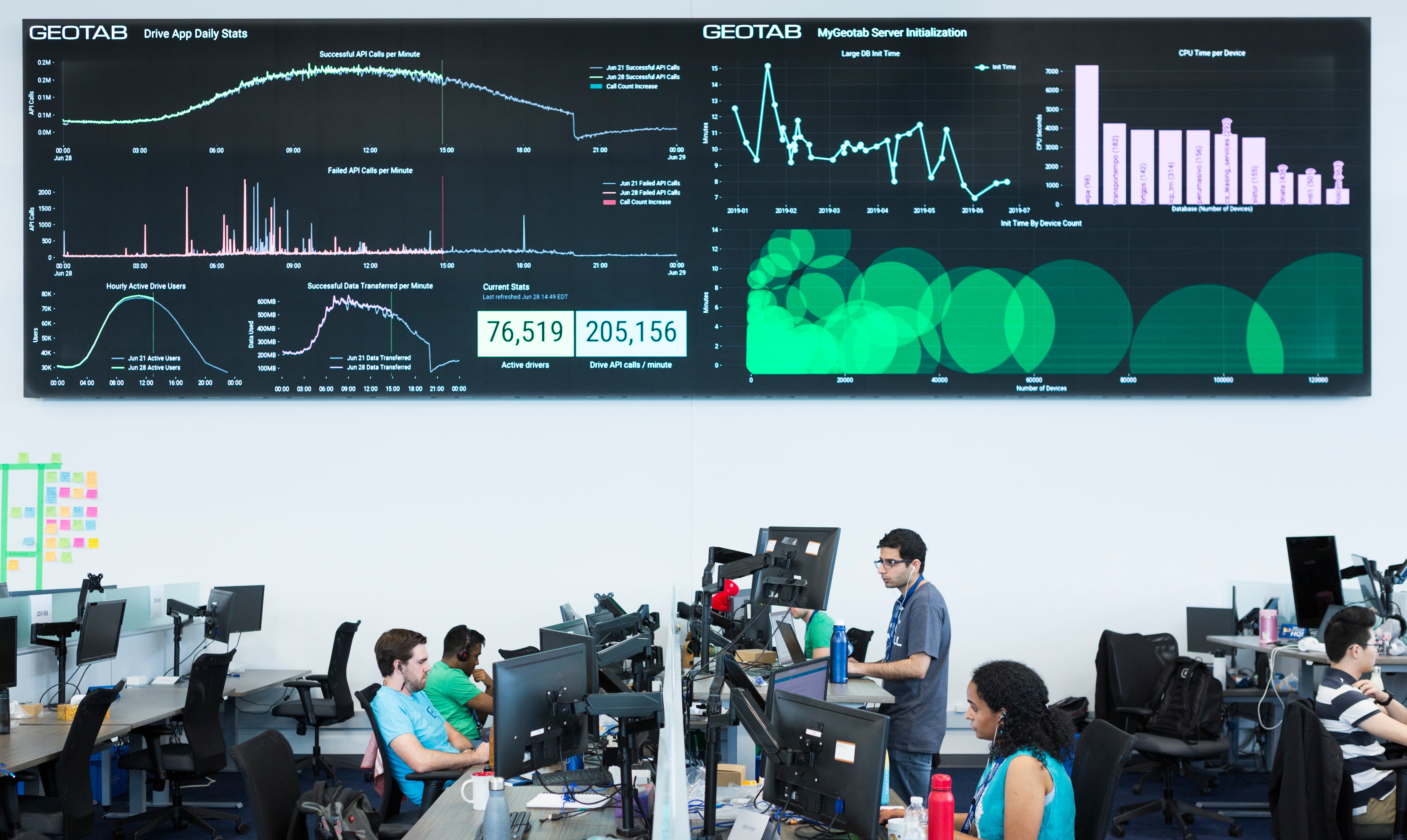 Geotab's HQ in Oakville, ON

Fleet managers are focused on electric vehicles and sustainability in APAC.