Published on October 19, 2017 in Sustainability by Geotab

How green fleets in Europe are looking to innovation and clean vehicles to respond to pollution concerns and car-free regulations.

The deadly effects of air pollution have been demonstrated by various studies. As a result, numerous governments have invested in smart mobility and smart city projects with the aim of protecting the health of their citizens. Green and pedestrian zones, bikeways and green mobility alternatives are the most popular government reforms as of now. With green initiatives continuing to arise on a global scale, the message from city officials is clear: pollution and its repercussions need to diminish.

The deadly impact of air pollution

The health risks of air pollution are irrefutable, yet go easily unnoticed. Poor air quality increases respiratory problems like asthma and bronchitis, as well as increases the likelihood of life-threatening conditions such as cancer. Long-term exposure to air pollution led to more 400,000 European deaths per year, these effects are felt demographically and economically with regards to healthcare attention.

In Europe, major cities use a number of approaches to combat the exponential rise of noxious elements, particularly in downtown core areas. For example, a number of cities plan to implement car-free zones, including Oslo, Milan, Dublin, Madrid, and Brussels. The city of Paris prohibits vehicles older than model year 1997 (and motorcycles older than 1999) from entering the capital on weekdays between the hours of 8 a.m to 8 p.m. As well, when air quality is particularly poor, an additional restriction applies to trucks over 3.5 tons and an alternating prohibition is placed on vehicles with odd and even number plates. 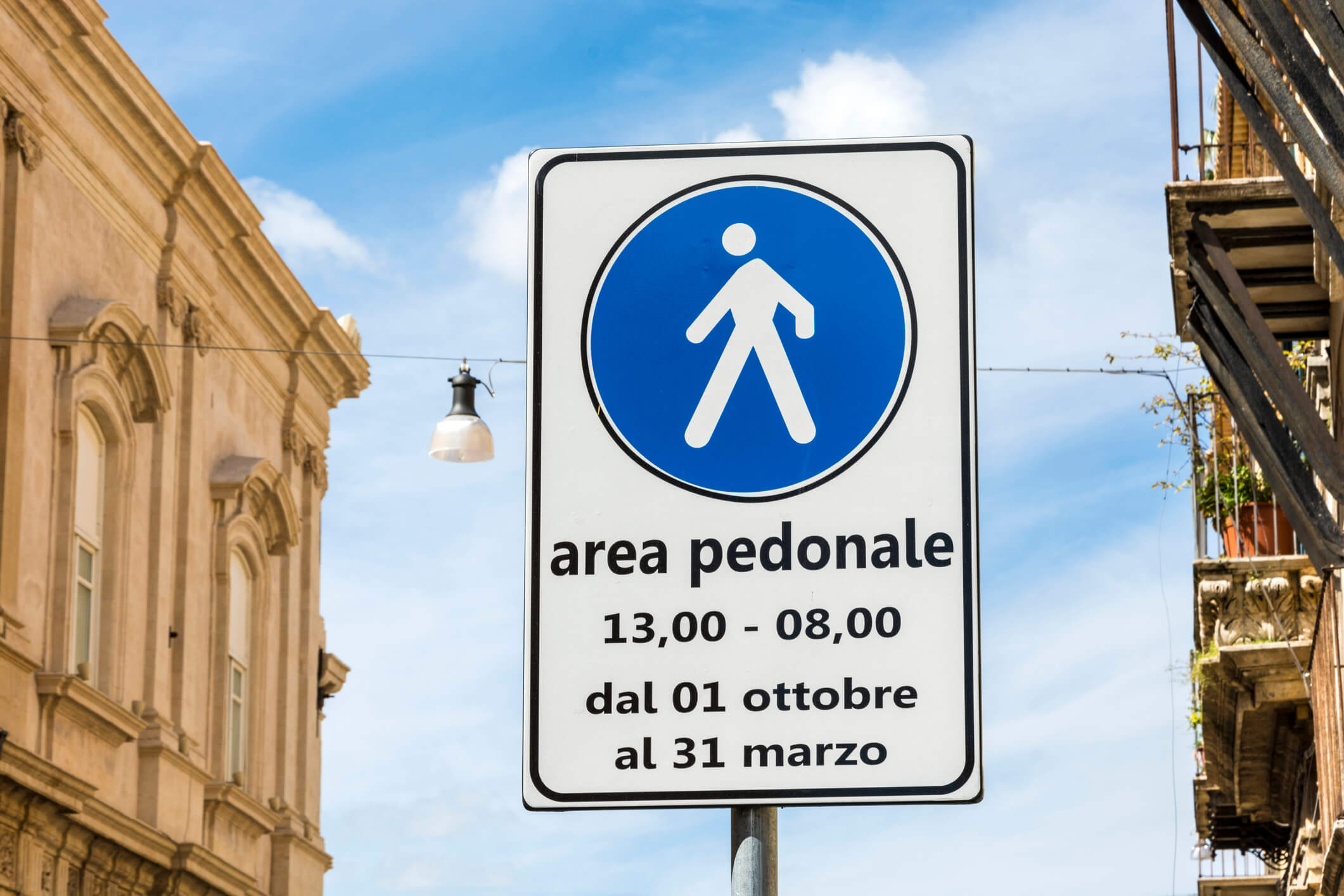 Instituted in February 2003, the London Congestion Charge applies to all motor vehicles circulating in the city’s center between 7 a.m. and 6 p.m. on weekdays. It also comprises a Low Emissions Zone (LEZ) in which commercial diesel vehicles are specially countered, and different taxes are applied depending on each vehicle's age.

Increasingly, governments are cracking down on vehicles with old motor engines due to their detrimental impact on air quality. In fact, France’s environment minister proposed a ban on vehicles powered by fossil fuels (gasoline or diesel). New and green electric vehicles are promoted and individuals purchasing them often receive economic help from city halls to do so.

Consequently, fleet companies are struggling to optimize their fleet management in such a way that reduces air pollution until new electric and hybrid vehicles fulfil their environmentally-responsible purpose. 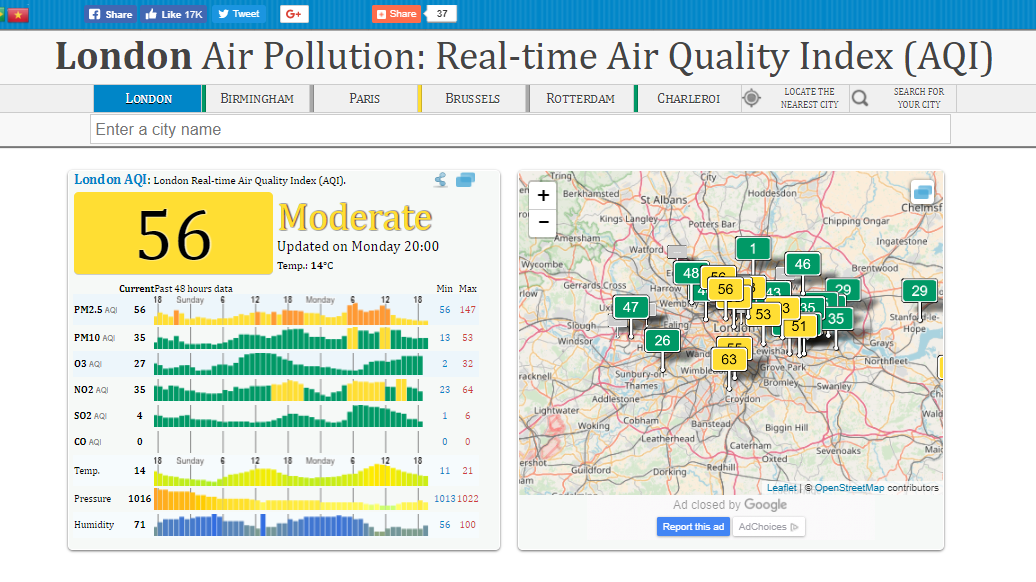 As the largest electric fleet in Germany, Deutsche Post DHL is leading the green logistics movement, having already met its 2021 goals of cutting emissions by 30% and now setting its sights on achieving 0% emissions by 2050. Part of DHL’s strategy is to carry out last mile delivery services with clean vehicles (bike and electric vehicle). DHL actually purchased the company StreetScooter and it will be manufacturing its own electric delivery vans (e-vans) — 10,000 annually.

In the U.S., an all-star team of truck drivers recently drove across the country in a campaign to to raise awareness about fuel efficiency best practices in long-haul trucking. Read more on Run on Less here.

The EV100 coalition is a global initiative to promote the transition of corporate and government fleets to electric vehicles. As the group highlights, transportation and logistics companies have a major role to play in moving the needle on electrification since over half of registered vehicles are owned by businesses (did you know?) and the transportation sector is responsible for 23% of energy-related greenhouse gas (GHG) emissions. EV100 companies have pledged to integrate electric vehicles into their fleet, incorporate electric vehicles into service contracts, and install charging infrastructure.

Geotab acknowledges its role to protect the environment and help its clients and partners to build a green economy. We strive to integrate best practices in corporate sustainability into our decision making and business efforts worldwide.

As an engineering company, we are continually advancing our capabilities. In addition to “conventional” petrol and diesel vehicles, we support hybrid and electric vehicles as well as alternative and advanced fuel technologies such as CNG, LPG, and Hydrogen.

Geotab was honored to support and participate in the GreenFleet Arrive’n’Drive event at the Rockingham Speedway in Corby, UK. Arrive’n’Drive incorporates Beat the Sprig, an eco-driving competition organized by GreenFleet. It challenges fleet professionals to drive a vehicle in real world conditions, in the most environmentally friendly way. The drivers’ performance was measured using data generated by Geotab’s GO device. 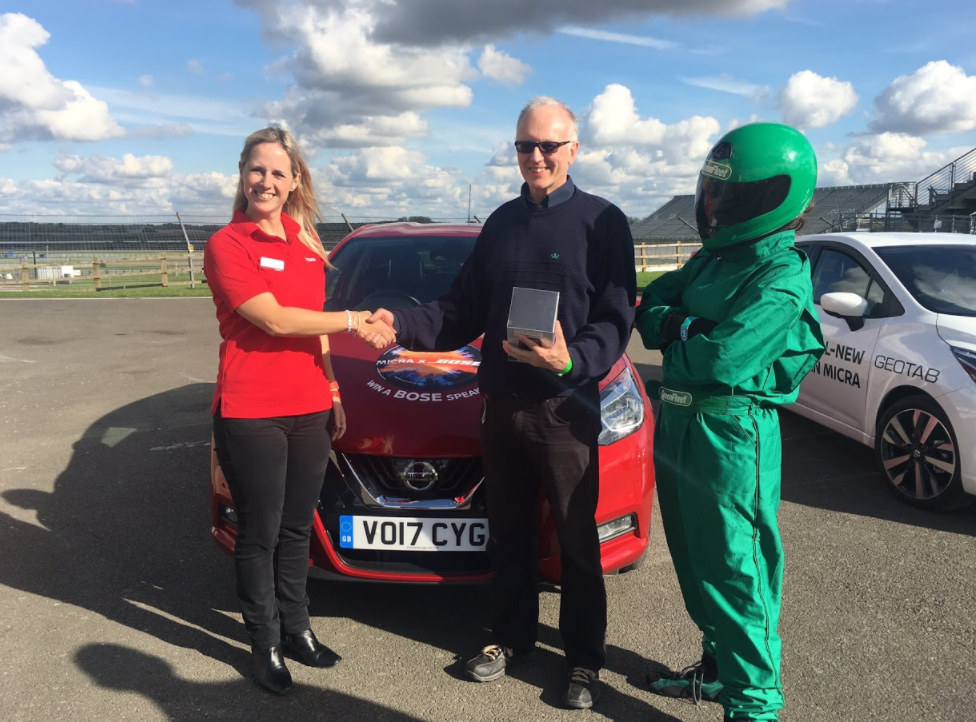 Nissan provided three vehicles this year as the main sponsor of the event and Geotab was the featured technology partner. The vehicles had Geotab’s GO device installed which relayed vehicle and driver data to event participants. A scorecard was created for the event to measure driving skill in a predetermined on-road course. Geotab measured key indicators of driver behavior including harsh acceleration, speeding, harsh cornering and harsh breaking; all elements of efficient and safe driving. Every attendee was invited to drive and visit our booth afterwards to see how they performed. This made an already unique event, not only informative but also turned it into a fun and friendly competition.

Visit our website to discover how Geotab can help you with fleet optimization.