Published on December 7, 2015 in Productivity by Geotab Team

Does your fleet spend too much time stuck in traffic? A big data developer discusses traffic congestion prediction and how Geotab technology can help.

Traffic congestion imposes a significant economic impact on industrialized society. How many hours a week do your drivers spend stuck in traffic?

Traffic congestion is a problem that began more than a century ago when the introduction of the assembly line in the automotive industry made it possible to mass-produce automobiles. The problem of traffic congestion has not yet been resolved and still causes countless losses in most industrial countries.

The negative effects of traffic congestion: 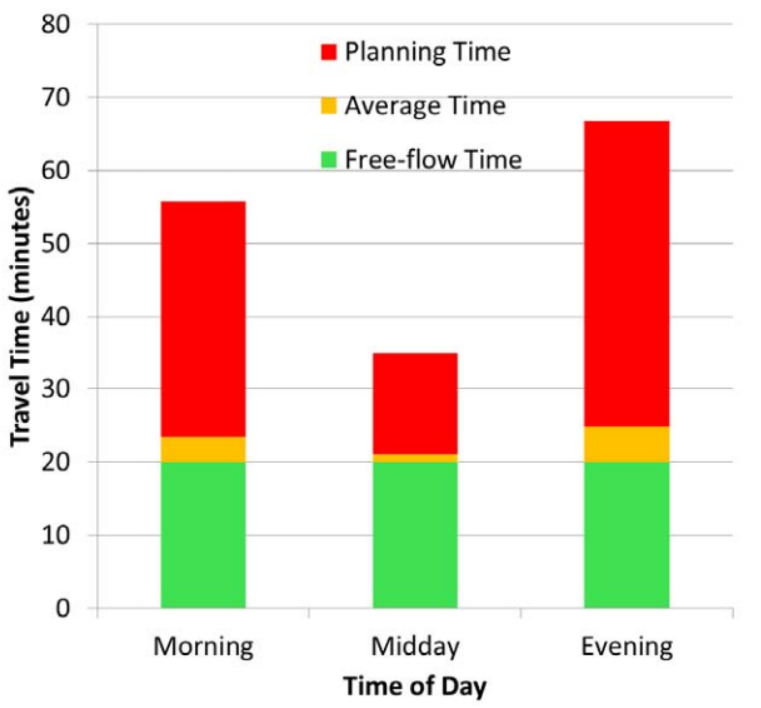 Despite the popularity of traffic dynamic models, not so many practical methods of congestion prediction have been developed and deployed, especially for non-recurring congestions which are responsible for more than half of congestion cost. Based on literature reviews, this article discusses a novel method of real-time, short-term non-recurring congestion prediction, which integrates individual vehicle behavior data collected by telematics technologies and research results of modern traffic dynamic models.

Proactive congestion detection and prediction was virtually an untouched area before Kaysi et al. [3] set up a framework for a real-time Advanced Traveller Information System (ATIS). Real-time diversion of traffic is expected to be implemented through this system. In brief, wireless communication infrastructures and navigation technologies are exploited to:

The challenges of congestion prediction are rooted in the complex traffic flow dynamic. Real-world traffic flow is a multi-loop, multi-state, non-linear feedback system that reacts to the individual decision maker’s or driver’s actions in both anticipated and unanticipated ways. Traffic dynamic has been intensively studied since 1950’s. Two perspectives are widely used to simulate traffic dynamic: the microscopic view and macroscopic view.

Different models have been developed to explain congestion based on these two perspectives.
Macroscopic models are quite effective in explaining recurring congestion. This type of congestion reflects the day-to-day build-up of traffic on urban expressways and arterials, notably during the morning and afternoon commuter peak periods. The regularity of this congestion allows its measurement relatively straightforward. Common measurements include macroscopic features such as traverse time, average speed and density.

Macroscopic models have been intensively researched and a few of them have been implemented in real traffic management systems. They helped to discover recurrent congestion patterns  of large scale traffic networks in question. However, macroscopic models are less sensitive to another type of congestion, non-recurring congestion, which is responsible for two-thirds of traffic delays [1,7].

Non-recurring congestion is caused by roadway incidents or other unexpected events that temporarily disrupt the flow of traffic on a segment of a roadway.
When an incident occurs, there is a temporary decrease in the capacity of the roadway and if current demand exceeds this reduced capacity it results in congestion, thus forming queues. 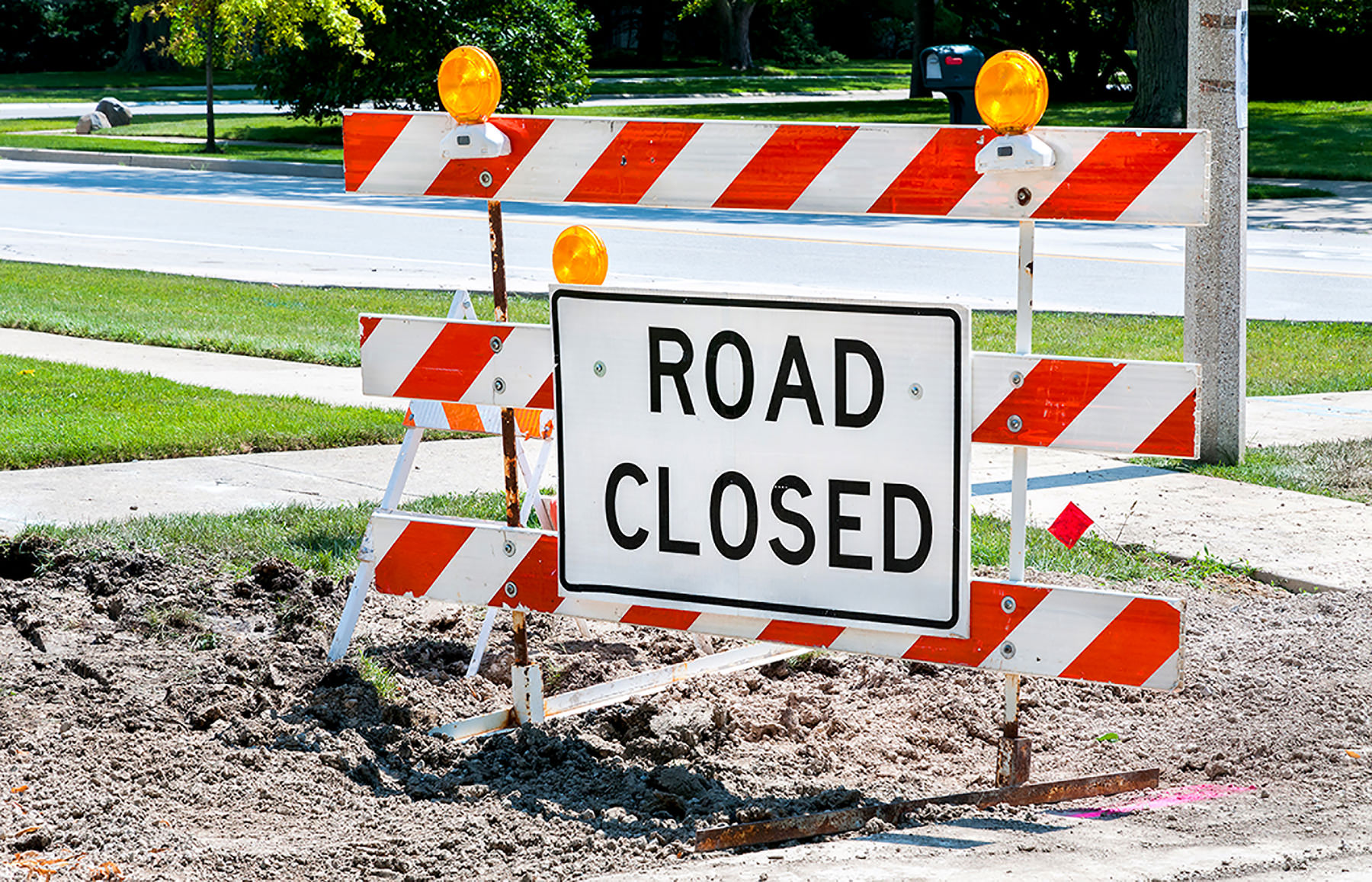 When vehicle density is large enough (~30/km), a random event such as a fluctuation in a leading car’s velocity can induce a transition from free flow to jam. This explains the phenomenon where for no apparent reason, traffic will slow to a crawl or even a halt and after several minutes return to normal speeds. Such stop-and-go roads only carry ½ to ⅔  of the vehicles as a smoothly flowing road. Macroscopic aggregate data is less straightforward to fit in the explanations. [4]

Due to complex human factors, it is only in recent years that microscopic models have been well established to simulate non-recurring congestion phenomenons. Mathematicians from the University of Exeter developed a math model [6] revealing that by slowing down below a critical speed when reacting to such an event, a driver would force the car behind to slow down further and the next car back to reduce its speed further still. The result of this is that several miles back, cars would finally grind to a halt. Flynn et al. [5] coined the term phantom traffic jams to describe jams that arise in the absence of any obstacles.

They found that the fundamental features of traffic waves (jamitons) in phantom traffic jams are similar to detonation waves produced by explosions and argued that the exact shape and the speed of propagation of jamitons could be predicted.
However, no practical prediction methods have yet been developed to apply to non-recurring congestions. A fundamental challenge is the general lack of data at microscopic levels for incident detection. [7] 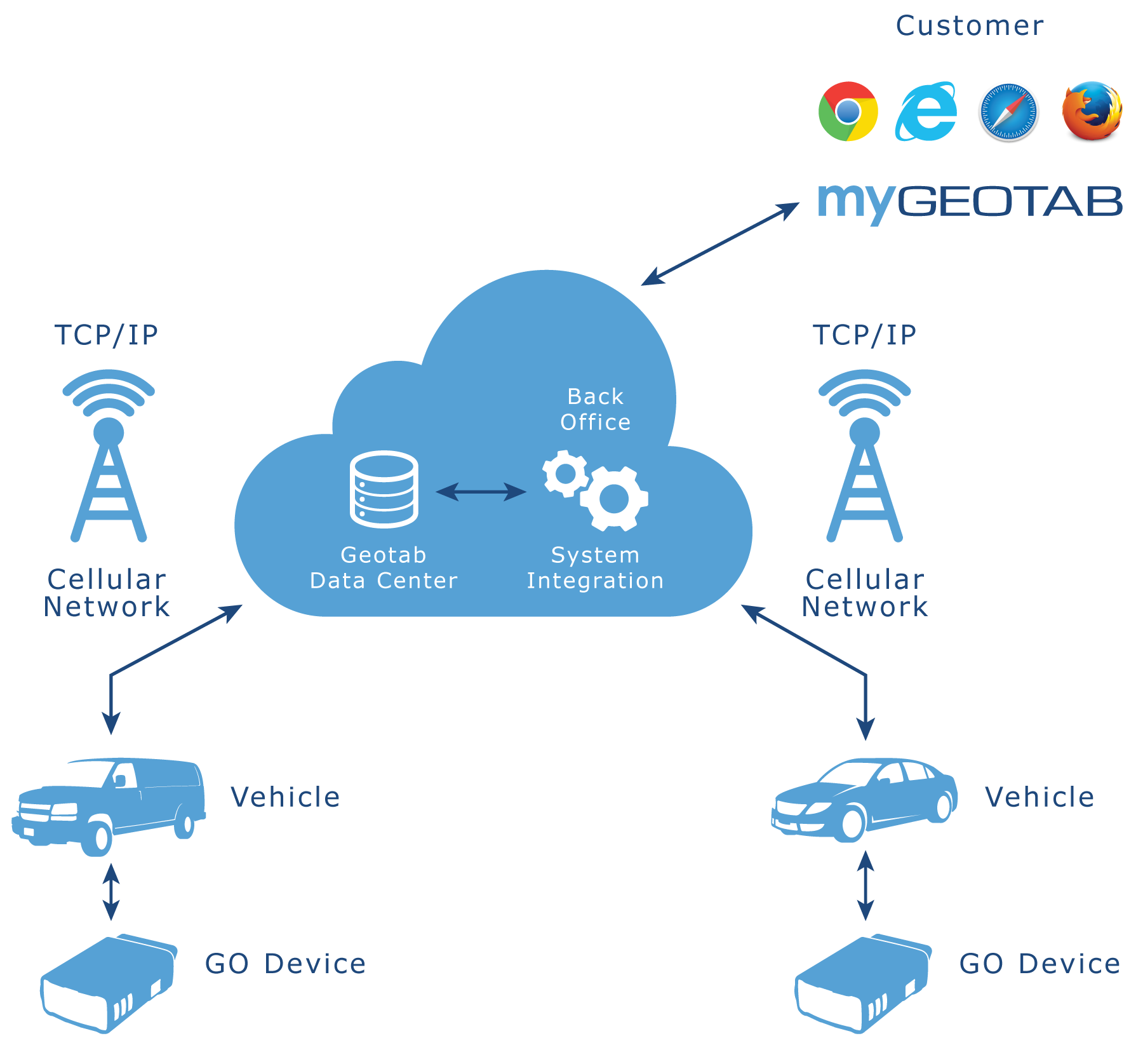 Figure 4. A high-level picture of the architecture of Geotab fleet management system.

In this architecture, each vehicle (referred as “Geotab probe vehicle” in the following) has one Geotab GO device plugged into the on-board diagnostics (OBD) interface. After several minutes of warm-up at the first time of being installed, the GO device starts to retrieve real-time OBD information, such as:

The GO device is also embedded with a GPS chip and an accelerometer to detect host vehicle’s location and acceleration. In every second, over 10,000 of such real-time track records are transferred upward to Geotab servers for further processing. Derived info around driving behaviors, such as unexpected harsh speeding or decelerating, turning radius and idling without ignition off, as well as vehicle model specific features, such as inertia and fuel consumption, are calculated. As of now, Geotab allows its end users to view this information in real-time within Geotab’s web-hosted reporting environment and in turn achieve smarter fleet management. GO devices are also capable of transferring downward route plan instruction from fleet managers to matched Garmin Navigation System [9] on host vehicles.

This triggers a great applied research interest in exploring the viability of utilizing data from Geotab devices in real-time, short-term (i.e. 5-30 minutes) congestion predictions, i.e. when and where congestion is likely to occur on the freeway network. Comparing to predictions purely based on macroscopic traffic features, deeply exploring and properly utilizing individual behavior data has advantages in identifying anomalies which leads to stop-and-go traffic and in turn predict congestions at the very early stage. Such work is also expected to put valuable insights into the current Geotab vehicle trip planner and future automatic fleet control system.

Does your fleet spend too much time stuck in traffic? Learn more about Geotab’s proactive solutions for fleet management, or contact us to find the Geotab solution for your needs.

Developers can save time with preformulated code.

How to empower drivers to improve safety

Best practices for managers on how to encourage safe driving.

Ideas for talking to fleet drivers about safety.