The GO device runs several validation algorithms prior to reporting fuel to ensure that the most accurate source is utilized. Read more about the MPG report.

Through use of Geotab’s unique algorithms, the GO platform is able to report fuel usage on a majority passenger vehicles using a variety of sources described in a previous blog post titled Dude, Where’s my fuel.

With Geotab, you are automatically enrolled in quarterly firmware updates that will improve the quantity and quality of engine data parameters available. In every firmware release, there are incremental improvements to fuel usage support. For example, additional support for Hyundai and Kia vehicles are currently in the testing phase and planned for release later this year.

The GO device runs several validation algorithms prior to reporting fuel to ensure that the most accurate source is utilized. This is mainly due to the fact that fuel consumption sources vary by manufacturer. The current status of Fuel Usage support is published frequently under the heading “Current vehicle support” in the Geotab Product guide available within MyGeotab.

Variances in Measured vs Expected MPG

In this article, we will review the MPG reported by the GO device compared with the expected MPG published on FuelEconomy.gov. Before diving into the graphs, it’s worth noting a few caveats.

Breakdown of Fuel Economy by Class 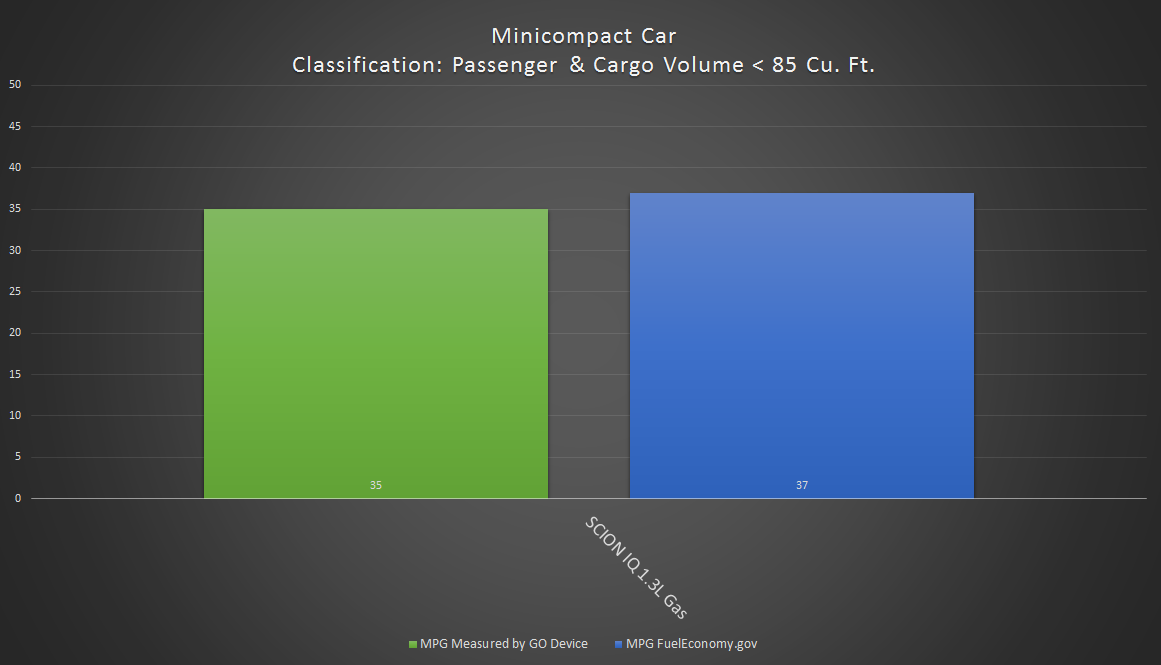 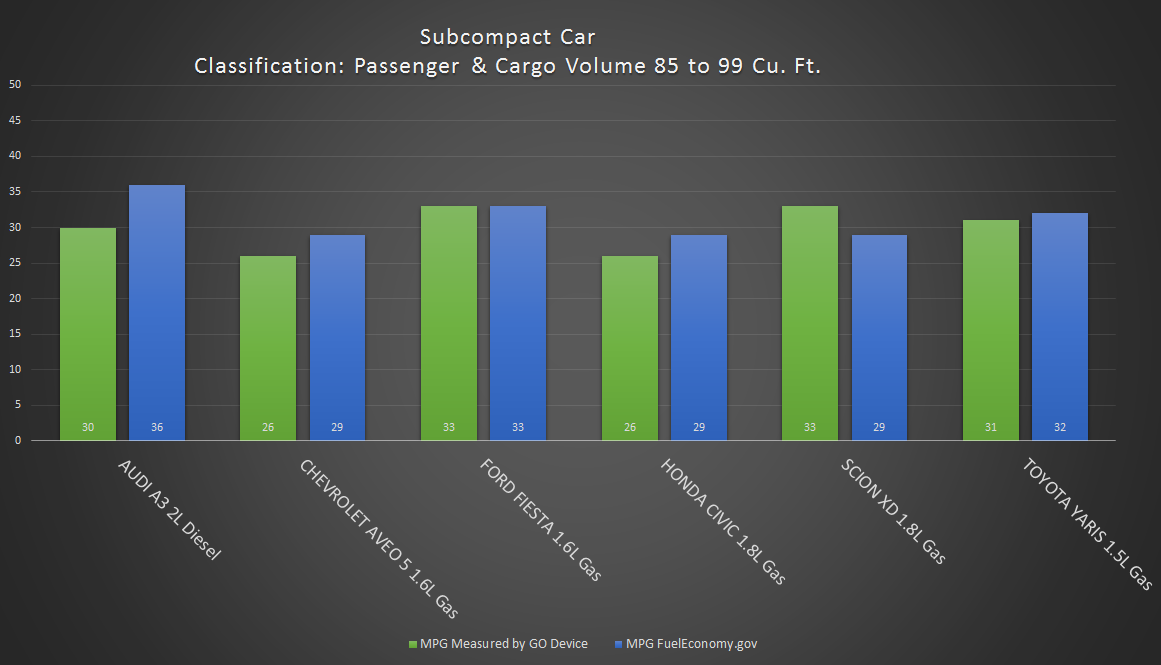 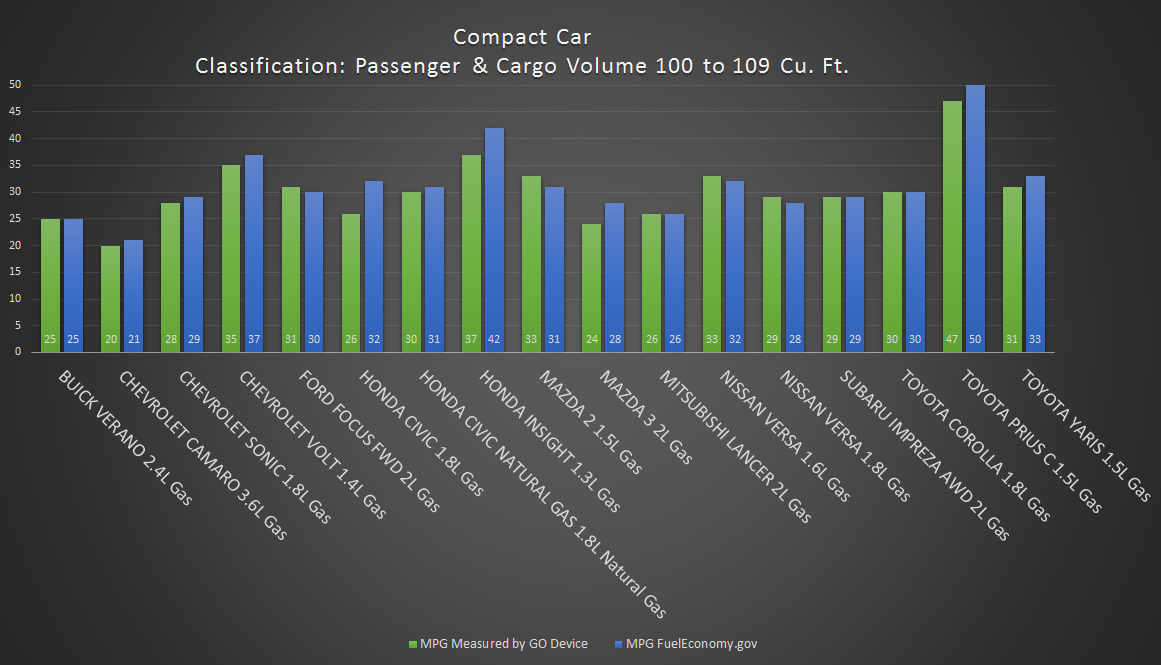 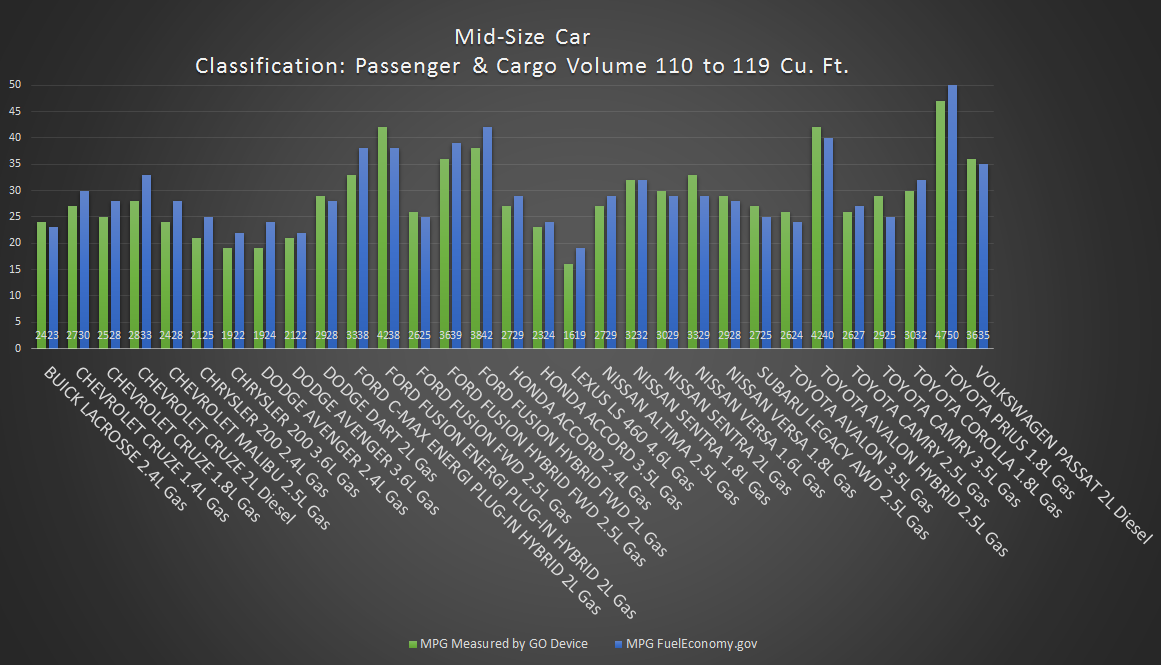 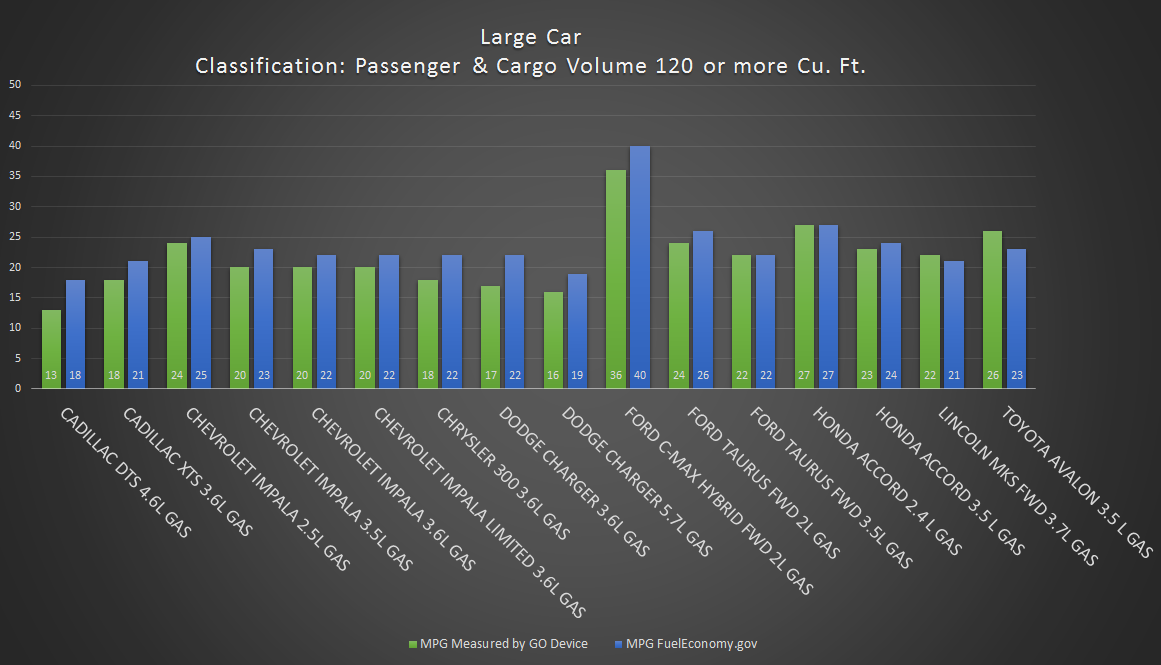 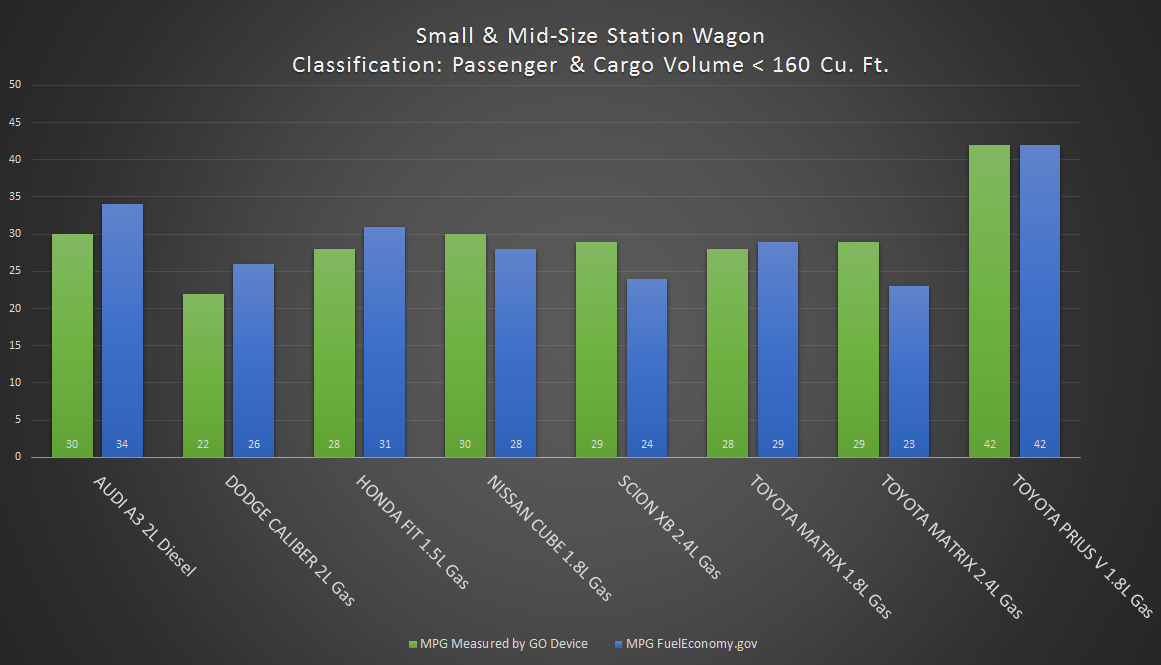 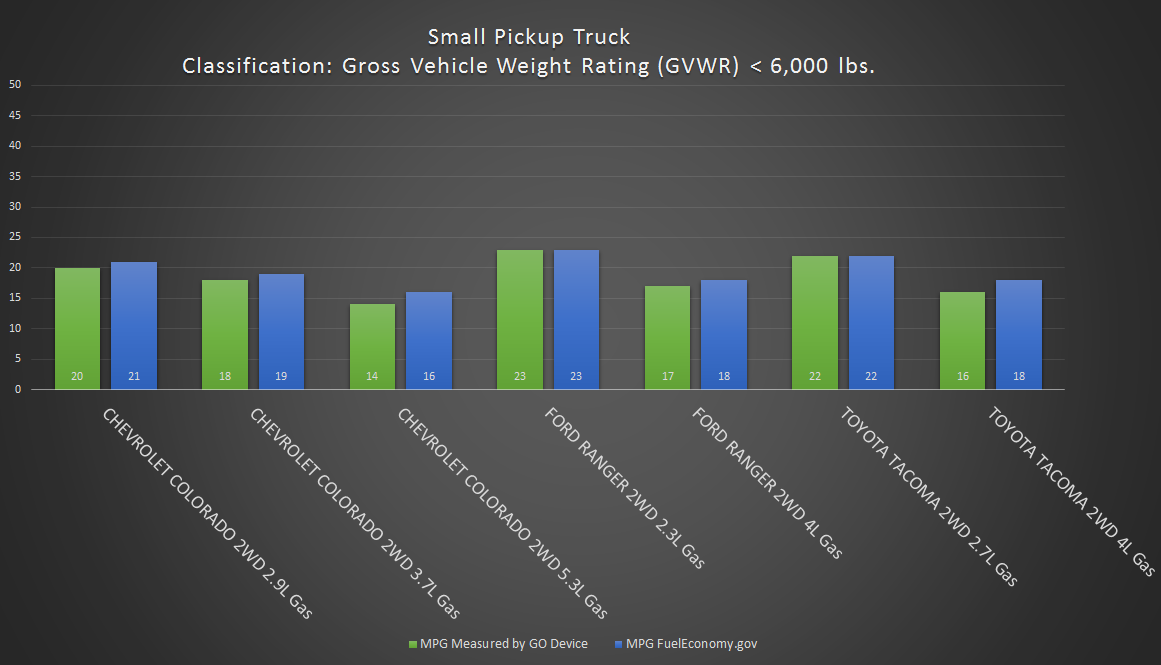 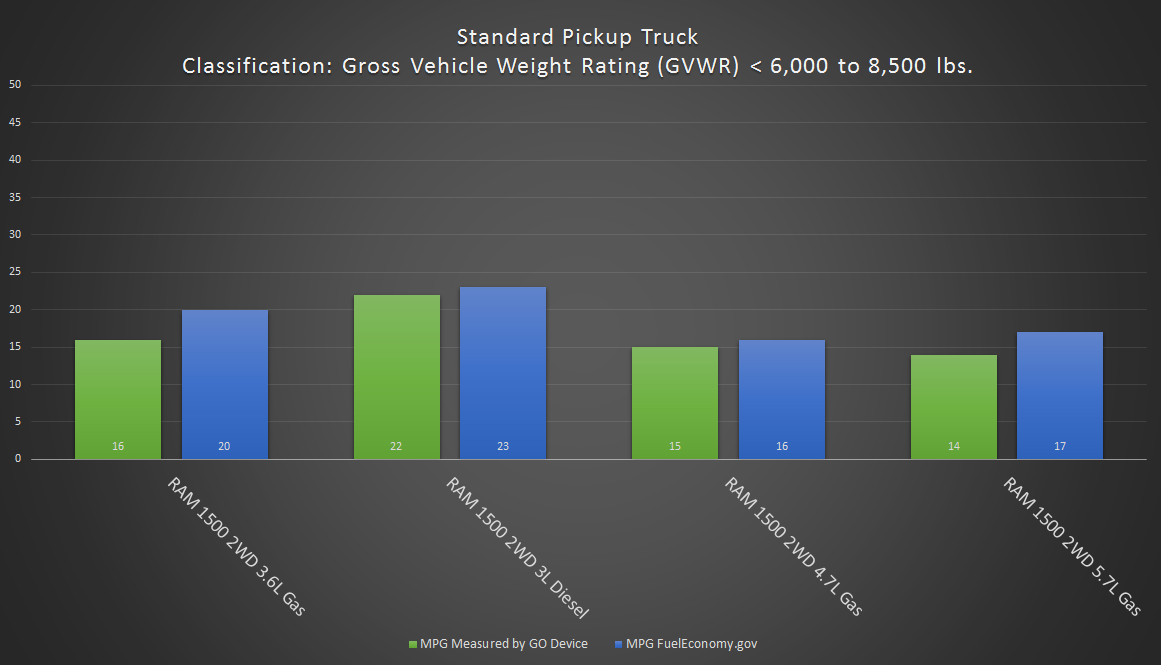 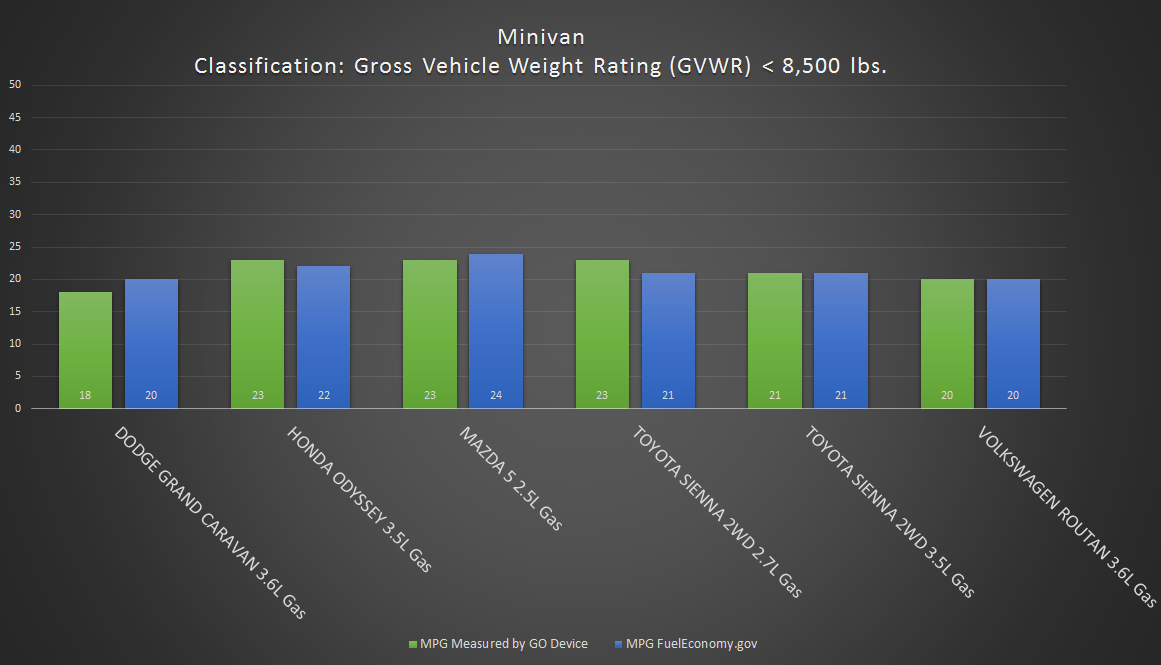 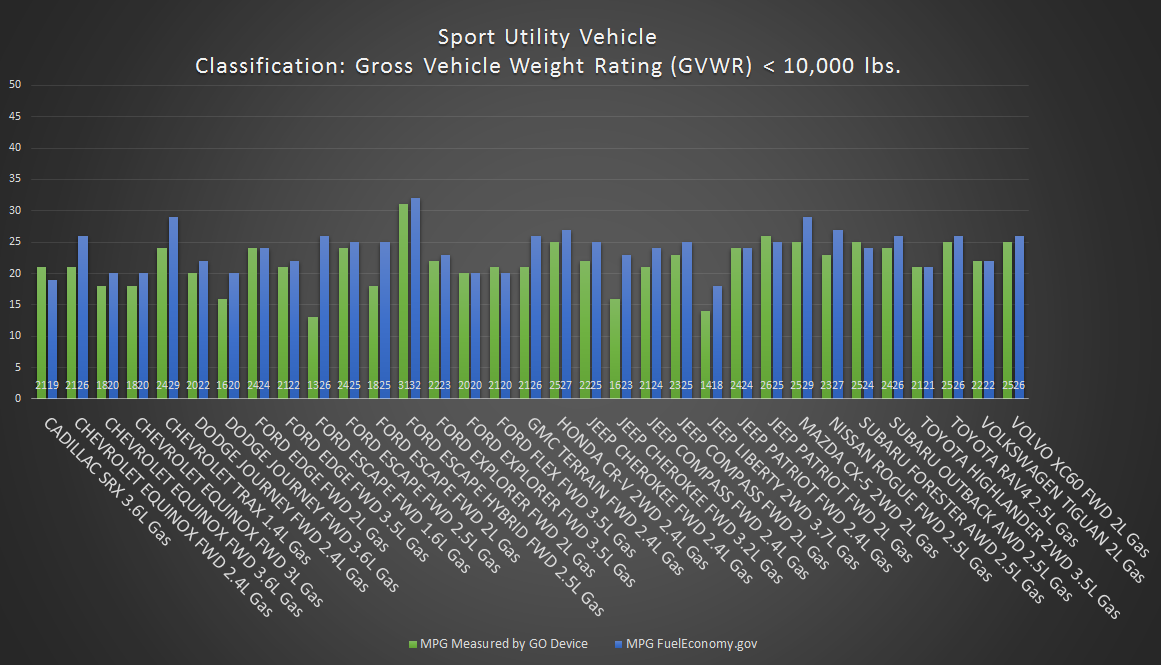 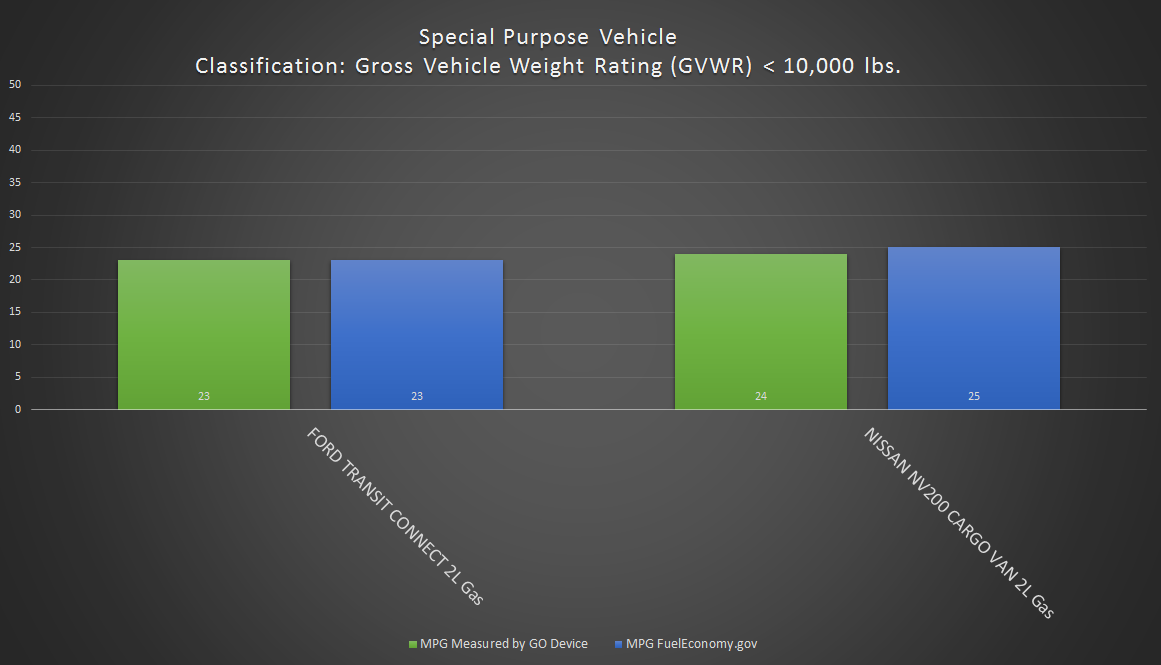 In many vehicles, the measured MPG is just slightly lower than the expected EPA value. It is not uncommon to see a slightly lower MPG in colder months [3]. It would be interesting to see the difference with these reports re-run in the summer months.

Contact Geotab if you notice a discrepancy between the EPA reported MPG and actual MPG of your vehicle measured by the GO device. The Geotab support team may require you to complete the procedure described on the fueleconomy.Gov website.

How to Enroll in the Geotab Beta Program for Firmware

The “Why” and “How” to Improve Fuel Economy