Causes of aggressive driving and how to solve It

Published on May 28, 2018 in Driver Safety by Michael Manalang

What causes people to tailgate, speed or run a red light? Read about aggressive driving versus road rage and how to stop it.

As a fleet telematics company that promotes safety and compliance for all of our customers, Geotab helps companies identify aggressive driving and correct the risky behavior, allowing them to increase the safety of their employees while reducing cost and risk within the company. By tracking parameters such as speeding, harsh cornering, and harsh acceleration — to name but a few — fleet managers can begin to detect some of the behaviors that can lead to safety and compliance issues. With this information, managers can provide coaching and feedback to those specific drivers.

Some behaviors that accompany aggressive driving also include horn-honking, flashing lights, yelling, and gesturing at other drivers to display disapproval and annoyance.

In contrast, road rage is defined as an instance of violent and criminal behavior that stems from a traffic altercation where the sole purpose is to harm other drivers. As this article cautions, driving aggressively should not only be avoided because it is dangerous but because it can lead to even more dangerous situations if a driver reacts violently, thus causing a “road rage” event.

What Causes People to Drive Aggressively?

Research studies have found a number of reasons that could influence a driver to exhibit aggressive behaviors. One of the most socially intriguing factors that contributes to aggressive driving is the idea of anonymity. In one NHTSA and American Psychology Association (APA) study, for example, they found that people were more likely to perform acts of aggression in an environment that masked the identity of the perpetrator, such as driving at night or with tinted windows.

The article also describes social factors that are thought to be conducive to aggressive driving include learning such behaviors from parents, peers, and different forms of media like television and movies. It is interesting to note that available research suggests that the majority of people publically do not condone aggressive driving as an acceptable behavior.

A study of six years of data conducted by the AAA Foundation for Traffic Safety discovered a link between increasing commute times and an increase in incidents of road rage. 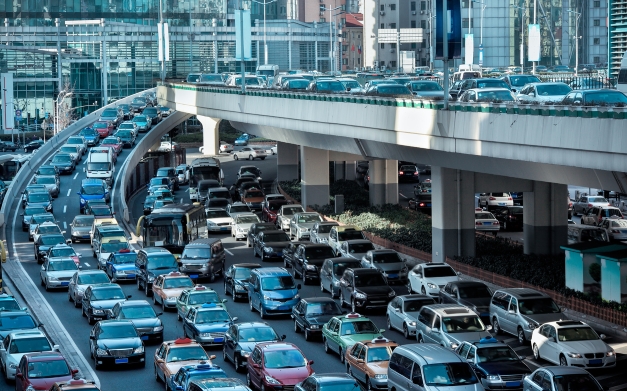 What Can Fleet Managers Do About Aggressive Driving?

There are a number of telematics-related tools that can support fleet managers in curbing aggressive driving:

Whether the reasons behind aggressive driving originate from psychological or social factors, like whether or not a person is more prone to aggressive behaviors in general, drivers must learn how to take control and stay calm while driving. One psychologist in this APA study found that relaxation and coping techniques and therapy helped people who were prone to anger improve their driving behavior. This study is also a cue to fleet managers to be considerate of employee stress levels, such as time constraints on routes that can cause drivers to speed in fear of being late.

Read more from these fleet managers about how they use telematics to improve driving behavior.

The gravity and impact that road safety has on every individual is why we at Geotab continue to do whatever it takes to capture driver data and find new ways to report aggressive driving so it can be identified and corrected. It is also equally important that we all practice defensive and non-aggressive driving techniques to maximize and promote safety on the road and in all aspects of our lives.

The Psychology of Driving

How Fleet Managers Can Put the Brakes on Speeders

Michael Manalang is an Orders, Team Lead for Geotab.

Collision reconstruction is the process of using telematics data to understand the events that occurred before, during, and after a collision.

Now is a critical time for fleets to continue their driver training programs.

Did you know that almost half of young drivers reported texting or emailing while driving in the last 30 days?

Learn how a secure, open fleet management platform can improve your business.