Every single day, your vehicle is generating gigabytes of data —  about speed, distance, oil temperature, pressure, and other vehicle health factors. Every measurement, of every sensor in the vehicle and every event that happens in the vehicle, is being made available in real-time. The challenge for a telematics provider like Geotab is how to get the rich set of data that your vehicle generates back to the servers where it can be analyzed? We do this with GPS logging.

The method of GPS logging is important because it strongly determines the quality and accuracy of the data, which in turn affects fleet performance. Geotab uses the patented curve logging approach.

What is curve logging?

Curve logging is Geotab’s patented method of moving data efficiently from vehicle to server. We use the curve-based algorithm (which uses the Ramer-Douglas-Peucker algorithm) in our firmware to determine which of the data points should be saved and transmitted to MyGeotab. The purpose of the algorithm is to identify useless points and discard them while preserving the most important information.

Why curve-based logic for GPS logging is better

The curve logging algorithm allows Geotab GO devices to keep only the points necessary to give an accurate representation of the data as possible, as dictated by the predetermined allowable margin of error. This logic allows for Geotab to retain the most detailed telematics data with the least amount of data overhead.

Curve logging is incredibly efficient in comparison to the alternative methods of time-based or distance-based transmission which miss critical information about the vehicle such as critical high or low values for speed and cornering.

Other methods of GPS logging can produce inaccurate mileage, miss serious infractions or result in poor map display quality. As well, logging redundant information leads to higher data costs. All this can be avoided through curve logging.

Imagine you’re driving a vehicle. You drive down the road, arrive at a T-turn junction, turn left, then turn right. Each second you are traveling is a different GPS point.

If the server received all that data, it would get completely overwhelmed. Therefore, you need to decide on a method of logging the GPS points.

One approach to GPS logging is to sample the data at a “ping” rate of every 30 seconds or 1 minute, or sample once every 100 yards. The problem with this method is that you miss a lot of information. If you connect the GPS points afterwards to make a path, it would look like the vehicle drove straight through a building. The distance calculated is completely wrong, and much shorter than what the actual distance was.

Geotab uses a different approach – the curve logic algorithm. It keeps checking the points of maximum error. If the difference between the predicted and actual position is significant, the points are sent. If the difference is small, they aren’t. As a result, instead of sending through a hundred points on position, and we've broken it down into one, two, three, four points that we need to send. We've thrown away the points that, essentially, were not carrying any useful information.

In addition to GPS, Geotab applies the curve logic to speed, capturing a much more accurate representation of the speed curve. We get the minimum and maximum speeds and how long the driver was above the speed limit, which is critical data for the fleet manager.

Then we took it a step further and said, “What if we applied that same logic to everything that we do in the vehicle?"

The curved algorithm gets applied to everything that we can measure in the system, such as oil pressure, oil temperature, battery voltage, and even seat belt utilization.

We also use the algorithm for accelerometer, sending through acceleration on the x, y, and z planes, which is powerful for insurance companies who want to know exactly how hard a harsh braking event was for instance.

Since Geotab sends the exact details through the curve logic to the server, Geotab engineers can run machine learning algorithms on that data. What only humans could do in the past, machines can now do too, by recognizing key data patterns, and thus finding hidden information.

The way Geotab records data allows for unique and powerful applications that leverage big data and machine learning. The ability to predict the failure of a battery or alternator, can help cut the amount of downtime, and mean a big difference to the bottom line for a large fleet. People's lives can be saved by using this data to predict dangerous driving or unsafe road conditions. Geotab, our partners, and our customers are entering a new era – one where the world is made better by using data and machines. 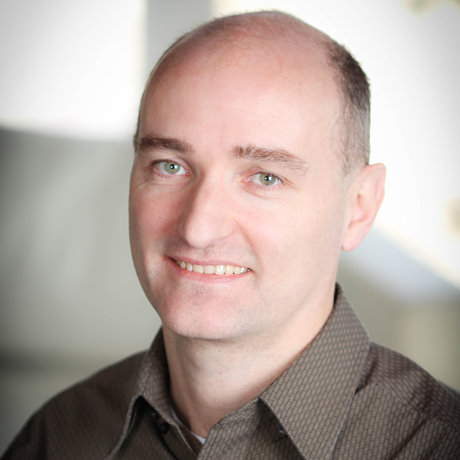 Neil Cawse founded Geotab in 2000 with a singular purpose: to create technology for organizations to unlock the fleet vehicle data needed to empower critical business decisions.