What is machine learning?

Published on May 29, 2017 in Fleet Management by Javed Siddique |  7 minute read

Machine learning is a form of artificial intelligence that allows computers to learn by providing them with lots of examples.

Machine learning is a form of artificial intelligence that allows computers to learn by providing them with lots of examples. Once this phase ends, the program can answer questions about data it has never seen before.

In the past, “machine learning” was the domain of specialized research groups, but now it has risen greatly in popularity as shown by this Google Trends chart on searches over the last five years.

Employers are looking to hire data scientists. Forbes reports that the demand for data scientists and advanced analysts will increase 28% by the year 2020. Machine learning is being used everywhere — from autonomous vehicles, to banking, healthcare, social media, and online stores.

What is machine learning?

In a traditional programming approach, the software developer programs business logic into the program to solve a problem. Often this approach fails where there are many business logic and many ways to identify and solve the same problem. The number of rules becomes overwhelming and almost impossible for the programmer to enumerate and code.

Very basically, machine learning is where you train a computer to learn from previous experience — without programming. Learning can be supervised, unsupervised, or based on reinforcement.

Google identifies the key phases of machine learning as:

This process is repeated so that the prediction becomes more accurate each time.

Algorithms are central to machine learning. There are many types of algorithms that can be used, based on the particular learning style. Some common machine learning algorithms include Logistic and Linear Regression, Naive Bayes Classifier, K-Means Clustering, Apriori, Random Forests, Decision Trees and Nearest Neighbors.

Once training has ended, we end up with a trained machine learning model. The trained model is able to make predictions or answer your questions using the knowledge it has discovered during its training phase. If the learned model makes errors in its prediction then there is always room for improvement by re-training the model using new examples.

It’s very similar to the way we might teach a toddler to identify a dog. We will give them a “training set” of data, e.g. we point to a dog or an image of a dog and tell the toddler it’s a dog. Then we ask the toddler, “What’s that?” while pointing to a dog. Through repetition and a large variety of data (seeing many dogs,  different types of dogs, in various media), she learns to correctly identify dogs, with greater accuracy, regardless of breed, size or age.

Of course, most business problems aren’t as simple as this, but the opportunities offered by machine learning techniques are limitless.

The origins of machine learning

Although machine learning may be perceived as something new and futuristic, the origins can be traced back to the post World War II era. In 1950, Alan Turing (made famous again in the movie The Imitation Game) devised the Turing Test to see if a computer could pass for a human. At the University of Reading, a chatbot named Eugene passed the Turing test, another step forward in artificial intelligence.

The first neural networks with learning abilities were built in the 1950s. In 1967, the k-nearest neighbors (KNN) algorithm for classification and regression which still is one of the most popular algorithms for machine learning.

In the 1980s and 1990s, researchers created a new class of algorithms to train artificial neural networks which is a kind of machine learning model inspired by the structure of our brains. Neural networks contain layers of artificial neurons which are connected to each other. Advances were slower since computing resources were scarce and computers were not powerful enough to train and generate large neural networks. There was also a shortage of high quality training data at that time.

As time went on, human-computer contests would show the world how far computers had come. In 1997, the IBM “supercomputer” Deep Blue beat the grandmaster Garry Kasparov at a game of chess. In 2011, IBM Watson defeated two champions in a special match of Jeopardy.

The rise of deep learning

Since then deep learning has been adopted by industry leaders like Google to recognize objects on android phones, Facebook used deep learning for auto tagging faces, the auto industry used it for self driving cars and there are many other industries which adopted deep learning to solve complex problems. These companies have simplified the machine learning process for general use and have opened up their machine learning infrastructure on the cloud for public use. Some cloud infrastructure allows the user to train a deep learning model as long as they have the training data and without writing a single line of code.

The rapid advancement of Deep learning is being driven by several recent factors, including the affordability of computing, power of the cloud, and big data. Deep learning requires large quantities of quality data to for training. Recent developments in cloud technology has also accelerated the adoption of deep learning because it allows businesses to train machine learning models on huge amounts of data. Cloud has made deep learning more accessible and affordable for businesses.

Today, machine learning is being combined with artificial intelligence and is being applied in businesses across different industries to streamline operations, improve service offerings, and more.

How machine learning is used

Machine learning can be harnessed by companies to make their organization more profitable and competitive. It already revolutionized many existing businesses and others are planning to adopt machine learning into their core business model. Some of the most innovative companies in the world — Google, Amazon, IBM, Microsoft, Facebook, and Baidu — are developing tools for deep learning and machine intelligence.

Some industries where machine learning is in full force are retail (to make more customized and relevant product suggestions); finance (for credit checks, risk assessment, and even making predictions for hedge fund trading by reading and analyzing news and social media); and agriculture ( to predict crop yields and potential shortages by analyzing satellite images).

Here are further examples of how machine learning is becoming a core part of the business model:

Deep learning is making a huge impact in the healthcare industry. Recently, a deep learning model trained on 150,000 skin cancer images was able to detect skin cancer better than average dermatologist. With more development, this could eventually be offered as an app which could make a diagnosis of skin cancer using your phone’s camera. IBM has partnered with many hospitals to collect healthcare data that is used to train the machine learning models. IBM Watson Health supports machine learning on heart beat, blood pressure, and other vital signs data from the fitbit and Apple watch IoT devices. Machine learning on this data will help accurately diagnose diseases, predict sickness before they happen and suggest medications with fewer or no side effects.

A prime example is Amazon’s search algorithm which asks, “What products are users most likely to buy?” They collect data from your order history, their catalogs, and even where your mouse hovers on a page. Amazon uses big data and a machine learning technique known as collaborative filtering to decide which items to recommend  and show on customer page. Customer data such as historical transactions, product ratings, reviews, and recently viewed products is used to predict about  the interests of a user. The more you use Amazon website, the more it learns about your preferences. Even if the shopper doesn’t make a purchase, the data helps make more accurate predictions in the future.

For fleet management and smart cars

Using machine learning fleets will be able to learn about the driving behavior of their drivers. We can predict if a vehicle is used for office work, delivery, service, long haul or some other purpose. Fleets will be able to optimize their assets knowing their vehicle usage pattern. They will be able to compare and benchmark their performance with other fleets that have similar usage.

Similarly, using machine learning, we can automatically identify zones and also predict if a zone is primarily used as office, delivery or a service hub. Fleets will be able to learn about routes, compare them to real-time data and make predictions about the safest and cleanest route. For example, a truck might be able to calculate its weight, the weather from news reports, and the road conditions.

These are just some examples of how machine learning is transforming industry and more. What’s next? As technology progresses and use cases expand, machine learning will become as prevalent as big data and we may even take it for granted.

Is your fleet ready for big data & advanced analytics?

The telematic fingerprint: Who is behind the wheel? 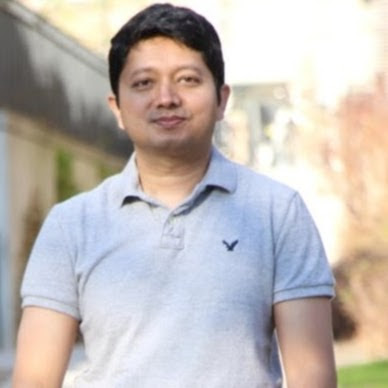 Area of Operations: Know where your fleet goes

Geotab has launched the new Area of Operations experiment from the Analytics Lab. The insights from this experiment are free to Geotab customers across all rate plans, and can help fleets understand their vehicle utilization patterns using telematics data.

The importance of seat belt data