Published on March 15, 2017 in Productivity by Bob Bradley

Crowdsourcing is a great tool for improving the accuracy and quality of maps. In this post, we’ll look at what crowdsourcing is, where the data comes from, and how your fleet benefits from this movement. As we know, the accuracy of maps and fleet management data is an essential need for businesses trying to optimize their operations.

When you stop to consider the amount of data that goes into creating online mapping platforms, you may wonder… where is all of this data coming from?

Mapping platforms require a ton of data on roads, landmarks, changed addresses, new buildings, topology, speed limits, and much more. We are barely scratching the surface of the data that’s needed for commercial mapping platforms, which need data on real-time traffic conditions, new construction projects, whether or not a street is one-way, etc.

For most mapping platforms, there is no efficient and cost-effective way to collect this information unless they enlist the help of people. The truth is that a majority of the data needed for maps is collected by people, like you and me.

For example, take Google. It’s ultimately humans who are combining and cleaning data about the physical world to improve Google maps. Sometimes, we are actively contributing this information and other times, we’re unaware of it. Whenever a driver uses Google Maps to navigate, they are sending geolocation data to Google every minute. Google uses GPS location to analyze the distance you covered and compares it to expected distance to determine traffic conditions.

Users can also contribute to Google Maps by giving feedback. For example, if a roundabout is recently built in a remote part of the country, a user can notify Google. Every day, the company goes through thousands of user reports and updates the map. This is the idea of crowdsourcing. It’s about a large number of users collecting, contributing, and verifying data. 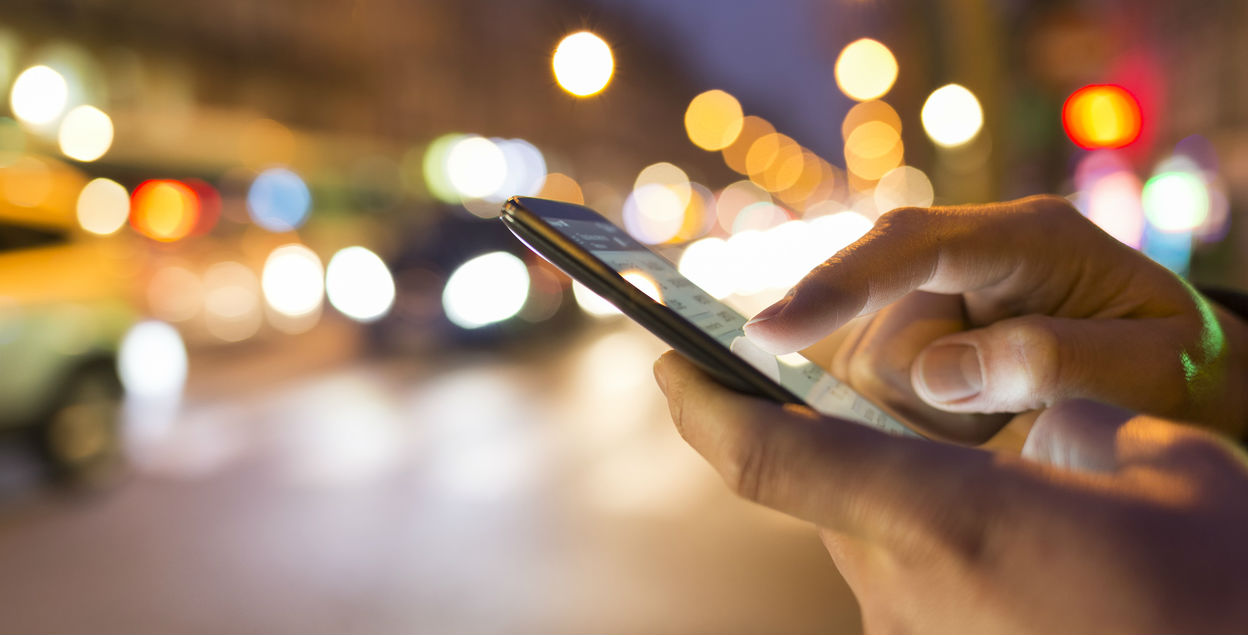 While the term crowdsourcing has been around for only a decade, the idea has existed long before that. It’s a way to collect data — knowingly or unknowingly — about streets, landmarks, speed limits, and more from a large number of individual users.

Crowdsourcing is a model for sourcing services, ideas, and data from a large number of participants, paid or unpaid. This broad definition can include idea competitions, like LEGO Ideas where fans submit proposals for new LEGO sets, and crowdfunding. The advantages of crowdsourcing include lower costs, reduced labor, scalable, and often a faster solution.

In expanding cities, where there are new subdivisions or roads being built all of the time, maps can quickly become out of date. Google needs to know about this new data to keep their mapping platform accurate. That’s why they’ve introduced a new crowdsourcing feature in the Google Maps Android app so they people can suggest an edit or contribute extra information about the location when they’re out and about.

Crowdmapping like the Ushahidi platform used by the United Nations and the American Red Cross, takes crowdsourcing to the next level, whereby data such as text messages, email, Twitter feeds, surveys, and video, can be submitted and viewed on a map, providing real-time intelligence for election monitoring or crisis response.

A Few Examples of Crowdsourcing Projects for Mapping

OpenStreetMap (OSM) powers map data for thousands of websites and hardware devices. Contributors use aerial imagery, GPS devices, and low-tech field maps to verify the data and keep it current. They can upload GPS traces and add them to the database.

In February of 2017, Volkswagen and Mobileye recently announced their partnership to incorporate Mobileye’s Road Experience Management (REM) mapping services, which will crowdsource data on real-time road conditions by using front-facing camera. This data will be used to improve autonomous vehicles, making sure networked cars can navigate the real roads. The cameras will collect data like lane markings, which can easily change when roads are undergoing construction (e.g. traffic shifts or repainting of lines).

Mobileye hopes to build HD navigation maps that accurately reflect conditions as accurately as possible at all times.

The Missing Maps Project recruits volunteers around the world to help fill out unmapped areas in the developing world by contributing roads, buildings, and other local information to OpenStreetMap. Humanitarian organizations, like Doctors Without Borders and the Red Cross, are using this information when responding to disaster and emergency situations.

The last example, is a project called WhereIsMyTransport. Outside the U.S. and Europe, in cities like Cape Town, the transportation system is often informal. The organizers sent out 13 people to ride buses for eight hours each day for three weeks, using an app to collecting data on routes, as well as speed, location, stops, wait times, geographic markers, fares, and even passenger counts. They traveled 5,500 miles and tracked 1,000 routes.

Where Does the Data Come From?

The ability of crowdsourcing to gather data is remarkable. At the time of this writing, there are nearly 3 million registered OSM users who have contributed over 5 billion GPS points. 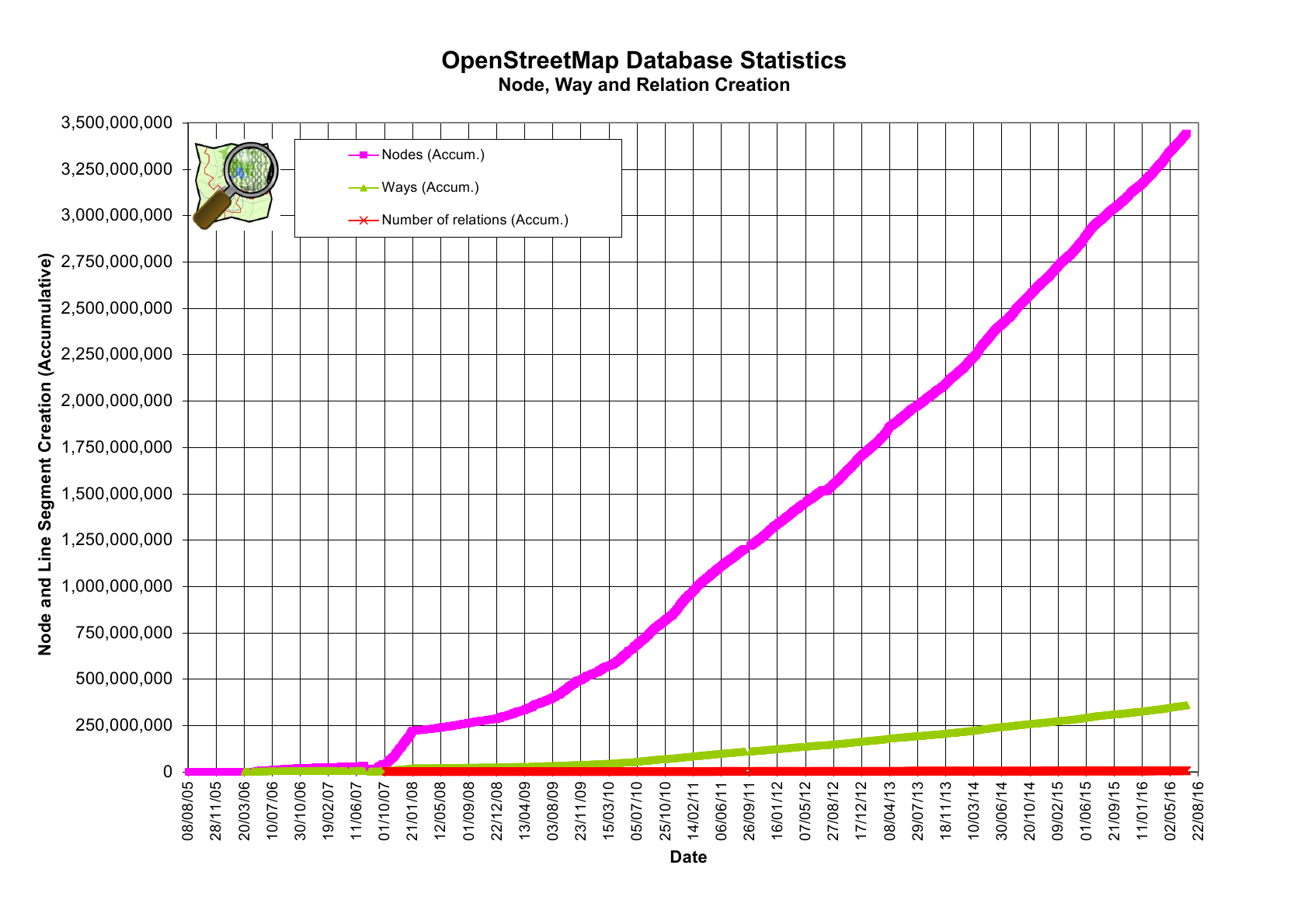 Geotab, as a telematics company, relies on the accuracy of mapping platforms, so we try to do our part to be active members of the OSM crowdsourcing community — allowing our users to verify and correct speed limits around the world and feeding that data into the OSM community.

As we continue to push into the age of the Internet of Things (IoT), devices will continue to contribute more data at faster rates. For example, our Geotab GO devices are on the road collecting data every day, which translate to over a billion rows of data collected each day. To give you a better image, it’s over 700,000 records every single minute! The costs of telematics hardware has decreased in the last decade. We can expect more fleets to get connected, contributing more data than we already are.

The Benefits of Using Crowdsourcing Tools

It’s simple; more accurate maps and richer data equals more efficient and optimized routes. It means more accurate data on whether or not your drivers are speeding. Production schedules can be planned accurately. We can identify where accidents happen and take appropriate actions.

Improving the accuracy and volume of information amplifies the benefits for everyone. Anonymized data can help enhance the quality of maps. One of the many pieces of metadata that Geotab processes is the vehicle fuel level. Based on fill-ups by multiple vehicles, we can correlate the data and plot the locations — that’s 60,000 fill-ups in the United States on an average day (see map below).

You can see a wave of activity from the East coast to the West throughout the day as people start and end their work day.
This data can be leveraged in two ways:

First, we can use it to find new gas stations that haven’t been captured by a mapping service. With this information, we can optimize our routes. Right now, you might have a driver who is driving a mile out of his way to get gas because he doesn’t know a closer station exists.

Second, we can use this data to influence policies on when drivers should fill-up. For example, it becomes evident that filling up your tank between 9 am and 5 pm is likely to cause drivers to wait for pumps to become available. However, if they fill up at the end of the day or the beginning of the day, they can get in and out — resulting in higher efficiency and productivity.

The phenomenon of crowdsourcing, or gathering data from a large number of individual users like you and me, is building more powerful maps. The results are numerous, as shown by the examples above. For fleets, they can improve routing, productivity and possibly reduce accidents. Richer data will allow you to get more results from a telematics solution.

Read more from this author: Webhooks Tutorial for MyGeotab

The benefits of telematics for theft prevention

See how Geotab’s telematics solution can be used to aid in theft prevention or the tracking of stolen vehicles.