Published on March 5, 2019 in Driver Safety by Eduardo Granda

Fleet safety is a top concern for any multinational business planning to enter Latin America. Rules and regulations vary between Latin American nations, as well as perceptions of driver behavior and safety. Late last year, Geotab participated in a Fleet LatAm webinar: “How to Deploy Telematics in LatAm and Improve Driver Safety.” We put together a quick summary of the top takeaways from the webinar.

In 2018, there were 17 road fatalities per 100,000 inhabitants across Latin America, according to the World Health Organization. Some nations had significantly higher fatality rates; such as Brazil (19.7), Belize (28.3), and the Dominican Republic (34.6). For comparison, the rate was 12.4 road fatalities per 100,000 individuals in the United States, 5.8 in Canada and 3.1 in the United Kingdom during the same year.

Latin America’s higher level of accidents is due to a mix of factors ranging from limited infrastructure (lack of street lights, paved roads, etc.) to the rate of new vehicles on the road (particularly motorcycles) outpacing safety improvements.

Safety standards also evolve at different rates between Latin American nations. Ecuador and Chile, for example, have high standards for collision protection in their vehicles while Peru has more minimal requirements. Brazil, as part of a plan to improve road safety by 2032, has only recently mandated airbags.

For any fleet looking to expand into Latin America, these figures underline the need to make accident prevention and safe driver training a top priority.

Infrastructure data is an example of how data analytics can play a role in fleet safety. Data.geotab.com is a platform launched by Geotab in July 2018 to provide insights surrounding smart city planning, improved productivity for businesses, and safer communities. A number of aggregate datasets are available, such as weather and urban infrastructure.

Geotab’s GO devices can detect, for instance, when a road is uneven or when a collision or near-collision occurs. This data was aggregated to create a map of driving areas with poor road conditions and intersections with high rates of collisions or near-misses. Managers can use this data when planning routes to help drivers avoid hazardous conditions.

Emphasis was also placed on the role driver training can play in improving safety. By customizing safety rules and using the GO TALK Add-In, drivers can be prompted with in-cab spoken word alerts and reminders when they speed, brake harshly, or perform other unsafe driving behaviors. This proactive approach alerts drivers to violations so they can immediately correct their behavior.

A case study in fleet safety

AB-InBev, the world’s largest brewing company, demonstrated how the features described above can create meaningful safety improvements. Their initiative in Colombia used a combination of accident prevention strategies backed by data analysis alongside human-focused efforts like life commitment pledges.

The net result was a 97 percent reduction in speeding after 24 months, along with improvements to fleet availability and route efficiency. The same model is currently being replicated in Peru and Ecuador.

View the full webinar to see this case study in more detail. To learn about Geotab’s solutions for driver safety, visit our fleet safety page.

Vision Zero: the road safety movement taking over the world 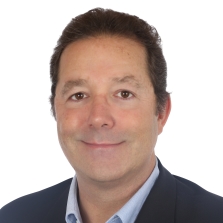 6 steps for data cleaning and why it matters

Data cleaning is the process of ensuring that your data is correct, consistent and usable.

Unexpected downtime impacts the entire carrier, from the driver to the technicians, dispatchers, fleet managers and operations teams.

The future of supply chain management

For many industries, effective supply chain management remains a key component of a successful business.

What is g-force and how is it related to harsh driving?

Learn what g-force is and how it is used to monitor risky driving behaviors.