How autonomous driving will change our highways and cities

Published on November 3, 2017 in Smart City by Erik Dick

In North America, we spend a lot of time and money commuting to work in cars. Statistics show that 86% of workers in the U.S. drive to work in a car, taking an average of 200 hours per year, and spending $2,600 in fuel. In Canada, the numbers are comparable, with 74% of commuters driving their vehicle, taking 211 hours annually. Commuting comes with a number of negative impacts, namely traffic jams, road rage, lost personal time, not to mention vehicle collisions — which last year in the U.S. alone, resulted in 40,000 deaths.

Now imagine instead, effortlessly riding to work in a synchronized stream of self-driving vehicles or an autonomous shuttle bus that delivers you right to your workplace.

This is the future for our cities and highways.

Edging closer to the autonomous car

The automotive industry is currently in a heated race toward autonomous technology. Almost every vehicle manufacturer has some sort of involvement, with many other automotive technology companies behind the scenes developing technology like the sensors, cameras and more. 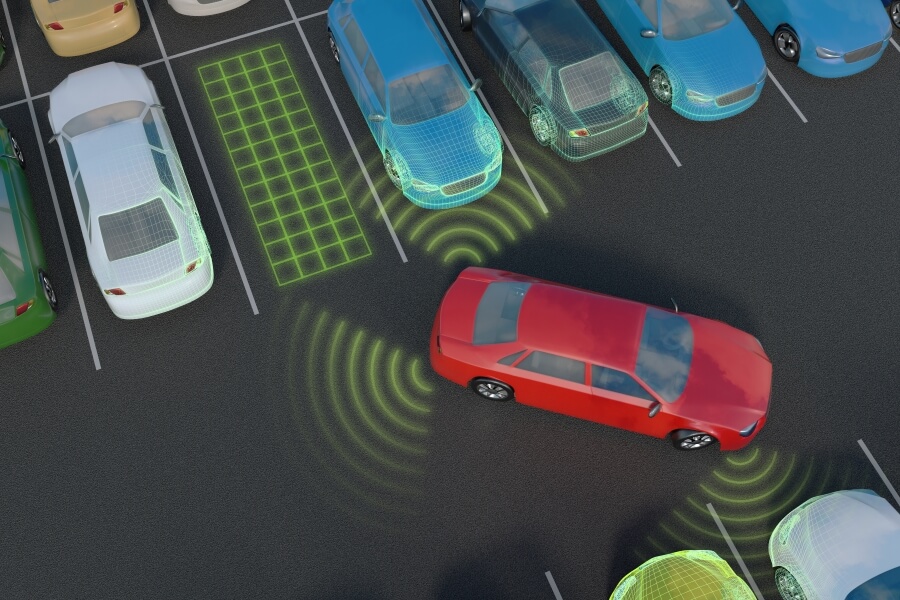 If you’ve never used a backup camera, the system typically beeps if you get too close to an object behind you, and also has a real-time outline showing you the path of your tires based on the steering wheel’s direction. These are early stage examples of autonomous technology.

While we are nearing the point of full autonomy, it will still be a while before we see these vehicles active on the road outside of testing/research scenarios. For example, at the recent American Public Transit Association Expo in Atlanta, attendees had the opportunity to ride in a fully autonomous all-electric shuttle bus that was able to function without a driver. In the demo, the small bus was able to stop when a pedestrian stepped in front, then honked until the pedestrian moved, and continued on its route once the pedestrian got out of the way.

Volvo has already launched an autonomous driving research project called Drive Me. Participants will drive (hands and feet free) on a specially designated route in Sweden, giving researchers a chance to study driver experience, safety, traffic, and energy use.

For the foreseeable future, as many in the industry point out, autonomous vehicles will still require operators. A main highway is going to be mapped and tested far soon than a residential road up that leads right to your house. Volvo calls the next steps of autonomous vehicles, “supervised driving” since humans will continue to be the main conductor until roadways are ready.

Recommended: Autonomous vehicles & driver safety: What you need to know

All of this means we are still years — likely a decade or more — from fully autonomous vehicles hitting the streets on a mainstream level.

It’s not just about a smart cars but smart roads too. As mentioned, there’s still a long way to go since there’s much more to deploying autonomous vehicles than the vehicle itself. There’s a whole lot to do to ensure precise mapping of the roads, width of lanes, a passing lanes versus regular lane, and so on.

Even more basic than that, lines must be well-painted and roads properly paved. This story at the 2016 Los Angeles Auto Show is a great example of how infrastructure (potholes and all) affects a vehicle’s ability to compute, and can even derail the autonomous technology altogether.

Some smart road technology is already underway. For example, a research team out of Carnegie Mellon University in Pittsburgh has been testing smart signals to better monitor and actually control the flow of traffic and change the pace of signal changes, as needed, to reflect the flow of traffic at any given time. Some cities have already fully deployed the technology as it’s proving to seriously cut down on congestion, commute times, and because of less idling, fewer emissions as well.

Another example of a smart road technology that can directly communicate with autonomous vehicles is the development of weather and wind sensors that can send alerts to drivers. Further out from that, this technology would help autonomous vehicles better mitigate icy or wet roads, or areas of high wind. There are many other vehicle-to-infrastructure (V2I) developments happening, such as in Las Vegas where the region’s road authority is working with Audi on a traffic-signal-to-car communication that actually counts down when the signal will change to green. 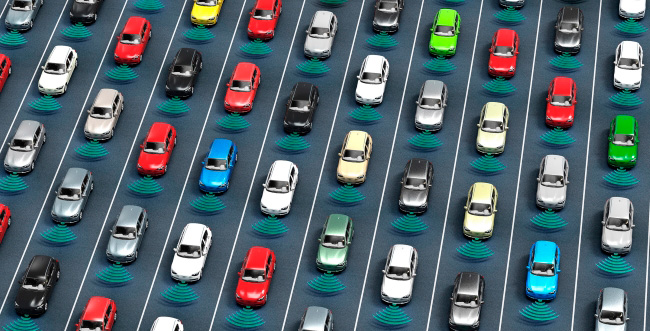 Cities will also see huge changes in how we use cars and how cars interact with us. A number of vehicle makers are doing a lot of testing in real and mock cities.

Waymo has constructed its own city-like testing facility with roads and buildings to research self-driving vehicles. It also tests scenarios in an online sim city named CarCraft.

What this means is a move toward multi-modal transportation. For example, a long commute to work might start off with your personal vehicle or an autonomous carpool taking you to a light rail or autonomous shuttle bus to your work campus.

A very real possibility for autonomous cars in a city environment is car sharing and getting rid of privately owned cars all together.

Services like Uber and Lyft plan on using a network of self-driving cars (with an operator until the laws and safety are secured). This network would be a further improvement on ridesharing models and could potentially help significantly lower the number of cars on the road.

By lowering the number of vehicles on the road, cities could also see less smog created by vehicles. This is based on the idea that self-driving cars could be more easily shared so the number of cars on the road would be lowered overall. As mentioned, this would also mean switching to self-driving buses, which would also open up more avenues to better integrate different modes of transit whether in the public or private sector.

How driving will change

Traffic congestion is one of the biggest challenges that cities face. In addition to learning from urban analytics, smart cities are looking to autonomous vehicle technology to help improve traffic flow.

A human behavior that adds to traffic is known as “phantom traffic,” which is when a single driver brakes suddenly and unexpectedly, causing a wave of drivers behind them to brake. This creates a ripple effect, causing delays for virtually no reason. Self-driving cars would completely alleviate this issue as the vehicles can brake and accelerate in unison, preventing this type of traffic from happening in the first place.

Read more about telematics big data and traffic congestion in this blog post.

Using autonomous cars, we would be able to reach much higher speeds as cars are able to detect the small changes in speed and adjust accordingly. In the long term, all vehicles would ideally be able to talk to each and would even be controlled by a single system for a highway, keeping all vehicles at the same speed.

Highways will certainly be different once the autonomous car has become mainstay. With higher speeds and more cars fitting in the road without causing traffic, we will move faster and more efficiently, getting to where we want safely.

Similar to needing to ensure precise roadmapping, states and federal governments are being pushed to create laws and regulations for self-driving cars (just as they had to with the invention of the automobile not so long ago). These proposed regulations will help shape how these self-driving cars will work in a city setting, how insurance policies would look, etc.

Another potential regulatory issue is should autonomous vehicles be manufactured and sold to a point where every individual has their own car (as opposed to the multi-modal future discussed above) is the issue of “zombie cars” where people can summon their vehicles from a distance, thereby in no way helping with traffic congestion that cities already face. A car with no one in it is a wasted trip and would take up unnecessary space on the road.

Autonomous vehicles have the potential to be as game-changing as the internal combustion engine — but they are coming at us fast and we need to prepare.

The impact of autonomous driving on driver safety and the fleet industry are still to be seen. Appropriate regulations and infrastructure funding are the first steps to make these changes happen will also need to be met. If these areas are taken care of well in advance of and in conjunction with the technology’s development, then autonomous vehicles are set to drastically change our roadways for the better.

Stay in touch with the future of fleet: Get Geotab news updates — Subscribe here.

Connected car technology: How cars talk to each other
Telematics benefits for the greater good
Telematics and the self-driving car: The pros and cons

Erik Dick is a Support Engineer for Geotab.