Published on October 25, 2017 in Fleet Management by Geotab

Dead reckoning navigation, with roots in marine and air navigation, is used in scenarios where satellite signals are blocked.

Originally used by sailors and also in aviation, dead reckoning navigation was used to calculate position based on how far and in what direction was traveled from the last known location.1 In this method, an estimate of current position is made by calculating distance from a set position, also called a fix, accounting for certain factors such as direction, speed, and time passed. Aviators using dead reckoning must also take wind and weight.

How Is Dead Reckoning Navigation Used?

In order for a GPS device to get a fix on a location (to know its coordinates), at least four GPS satellites must be identified and their signals received and decoded, otherwise GPS navigation is not possible. Since GPS signals originate approximately 12,000 miles (20,000 km) above the Earth, by the time they reach ground level, they’re at such low levels that they can easily get attenuated or blocked.

Buildings, passing vehicles, radio frequency (RF) absorbent materials and dense foliage can interfere with signals from some satellites. At the same time, a bounced GPS signal due to multipath propagation (areas surrounded by tall glass covered buildings) can produce an erroneous positional reading in the GPS receiver, significantly throwing off the position calculation. At the speed of light, a 3.3 nanosecond delay is approximately equal to a position error of 1 meter.

In real life situations, there are many scenarios where it would be difficult to get a GPS fix due to signal blockage or impairments, as shown below. 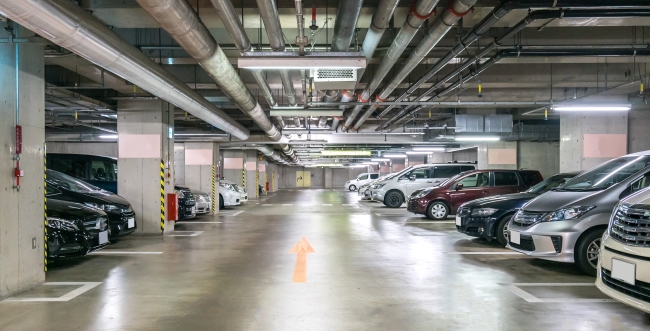 In such conditions where satellites can’t accurately record position, adding inertial sensors and sophisticated dead reckoning calculations provide a method of keeping the navigation and positioning system on track. The combination of dead reckoning (DR) with GPS increases availability of positioning solutions whenever there are conditions which obstruct normal GPS functioning.

When a GPS/GNSS device becomes limited, the vehicle’s current position is calculated by using a previously determined position, or fix, and advancing that position based upon known or estimated speeds over elapsed time and course.

Various sensors like gyroscope, accelerometer and speed pulse, can be used to calculate the current position. Kalman filters can be used to improve position and map matching veracity by means of filtering the raw GPS and DR signals.

Dead reckoning is subject to significant errors due to many factors — as both speed and direction must be accurately known in all instances for position to be determined accurately. For example, if displacement is measured by the number of rotations of a tire, any discrepancy between the actual and assumed traveled distance per rotation (due perhaps to slippage or surface irregularities) will be a source of error. Since each estimate of position is relative to the previous one, errors are cumulative.

The accuracy of dead reckoning can be increased significantly by using other, more reliable methods to get a new fix part way through the journey.

If you want to learn more about GPS accuracy, read: How the Curve Algorithm for GPS Logging Works

Dead reckoning can supplement GPS in conditions where it would be difficult to navigate solely based on GPS. Just as sailors used velocity and distance information when they couldn’t use the sky, GPS devices enhanced with dead reckoning can use sophisticated math and algorithms when visibility is poor, to assist positioning accuracy.

Related:
The Accuracy of Geographical Positioning Systems
The Need for Speed!