Ridesharing and carsharing are growing in Latin America

Published on September 26, 2019 in Productivity by Andres Maya |  2 minute read

The carsharing and ridesharing industry in LatAm is worth $925 million. Learn more about the dynamics that shape the region’s mobility marketplace.

Latin America is the world’s second-largest market for shared mobility. This popularity explains why companies have invested in ridesharing in the region. Carsharing and ridesharing in Latin America (LatAm) have grown into an industry worth an estimated $925 million. In this article, we take a look at the dynamics shaping the region’s mobility marketplace today.

What is the difference between carsharing and ridesharing?

Carsharing is a type of car rental in which people use an app to rent cars for short periods of time, usually by the hour.

Ridesharing is a model in which people also use an app to travel in a vehicle driven by another person. Both forms of mobility are in demand today, freeing the user from having to pay taxes, gasoline, insurance, maintenance and other vehicle ownership costs.

See also: The impact of vehicle data on corporate carsharing

LatAm has undergone rapid urbanization in recent decades, with 85% of the population now living in cities. Unfortunately, this increase has not been accompanied by growth in road infrastructure. For this reason, an effective solution to major mobility problems has not yet been found. The situation is aggravated by the fact that public transportation has not been able to meet the growing demand.

According to an analysis by Expert Market, the three worst commutes in the world are in Latin American cities. In Mexico City alone, about 10% of the city’s subways are in need of replacement parts. Carsharing has worked to fill this gap in service and is becoming an integral part of LatAm’s mobility landscape.

New paradigms of vehicle use

Millennials account for a quarter of the Latin American population and are increasingly embracing access over ownership. In recent years, the trend of carsharing has been adopted in several Latin America cities. According to the Carsharing Association (CSA), carsharing has great impacts for cities, such as the reduction of vehicles in circulation and congestion, as well as the decrease of emissions, among others.

For example, it is estimated that a shared car is capable of replacing between 9 and 13 private cars. In addition, each user would produce between 34% and 41% less greenhouse effect emissions.

Unlicensed taxis are a known hazard in Latin America and some locals are turning to ridesharing for safety reasons. Ridesharing services have several features that appeal to customers. Paying in advance means riders do not have to worry about fee scams. As well, their route can be tracked on GPS for extra assurance.

Safety is an especially important concern for women in Latin America. Women-only ridesharing programs enjoy strong popularity in cities such as Sao Paulo, Brazil. Against this backdrop, rideshare providers engage in numerous measures to promote the safety of their services, such as performing background checks on drivers who want to offer peer-to-peer rideshares.

Urbanization, companies leveraging their local knowledge, and the desire for rider safety are some of the driving forces behind LatAm’s shared mobility marketplace.

Carshare and rideshare companies can leverage telematics for the following benefits: 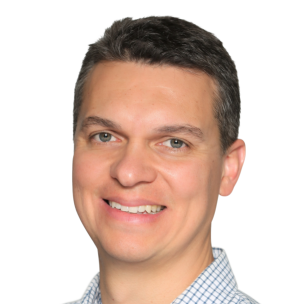