Throwback: Geotab Connect through the years

Take a look back at our past Geotab Connect events — with photos!

Geotab Connect events have been attended by thousands of Resellers, Partners and Customers from around the world since its inception. To celebrate our past events, we dug into the archives to find some great photos from Geotab Connect conferences over the years.

Take a look back to see how Geotab’s networking and learning event has progressed.

Although the very first Geotab meeting was located in Niagara-on-the-Lake, the first event to be officially named “Geotab Connect” was held in Orlando, Florida at the Walt Disney World BoardWalk Inn Resort. Geotab IOX technology, Geotab Drive and Marketplace Partner solutions were on display. In the technical track, Geotab developers learned more about software integration, the MyGeotab Software Development Kit and APIs. The schedule included a Valentine’s Day lunch since it was held February 13-14.

In September 2015, GEOTAB Connect was held at the CTIA Super Mobility show in Las Vegas. The theme was the newly launched Geotab Marketplace and going global. Sessions included “Connecting Your Hardware to Geotab” and “Introducing ProPlus and Active Tracking.” Go here to read: ProPlus Explained.

This continued to be an exciting year for Geotab as Neil Cawse won the EY Entrepreneur Of The Year™ Ontario in October 2015.

The third GEOTAB CONNECT in Las Vegas was a two-day event included keynote presentations, hands-on learning sessions, a round-table discussion, and a technology/solutions expo of Geotab Marketplace Partners. Coinciding with the conference was the grand opening of the new Geotab Customer Experience Center.

The theme of GEOTAB CONNECT 2017 was “Drive to 1 Million,” representing Geotab’s goal to achieve 1 million active subscribers, which has since been achieved! (Read more about the milestone in this post.) Focus was also placed on the upcoming ELD mandate deadline and the future of trucking. A live webcast enabled people to watch the presentations online.

Held from June 11-13 in Toronto, Ontario, Geotab Connect 2018 kicked off with a keynote address from Geotab CEO Neil Cawse who provided an overview of the evolving Geotab ecosystem. Major announcements included the announcement of the acquisition of Fleet Carma (now Geotab Energy) and the launch of data.geotab.com, a tool to provide insights for businesses into their productivity and safety.

Main themes from the 2018 Geotab Connect conference were embracing disruption in a rapidly changing world, the revolution of artificial intelligence, global mobility and going above and beyond with telematics.

For a full recap of the event, see our post: Geotab Connect 2018 recap.

The largest Geotab Connect conference to date was held at the San Diego Convention Center from January 13-16, 2020. A livestream option was also offered for the first time.

Key themes of the event included fleet electrification, data as the future of telematics and the thriving Geotab Marketplace ecosystem of partner solutions.See the Geotab Connect 2020 recap for a deeper dive into this event. 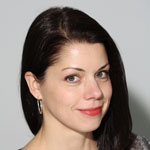 Melanie Serr is a Senior Manager, Brand Communications for Geotab with an eye on fleet safety and all things tech.